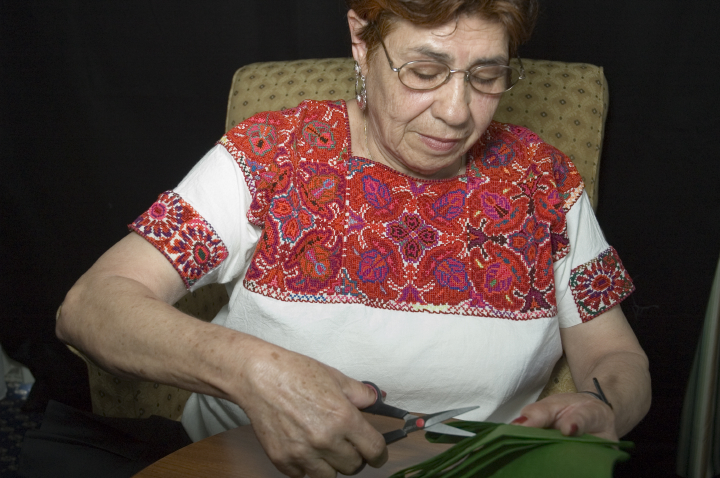 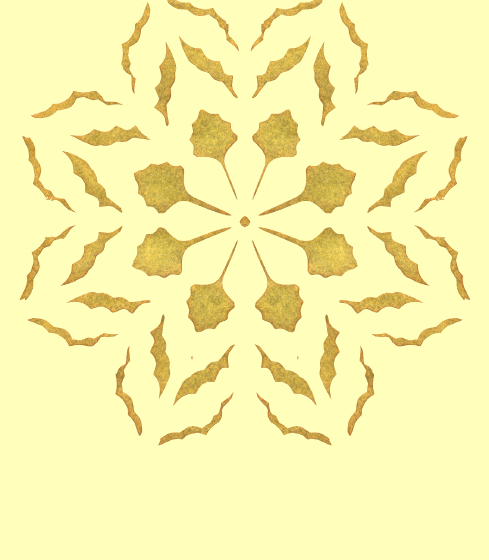 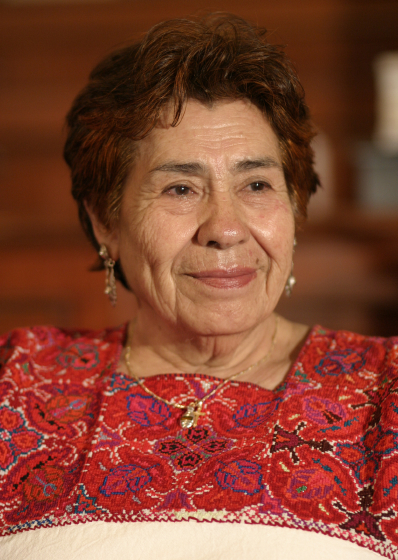 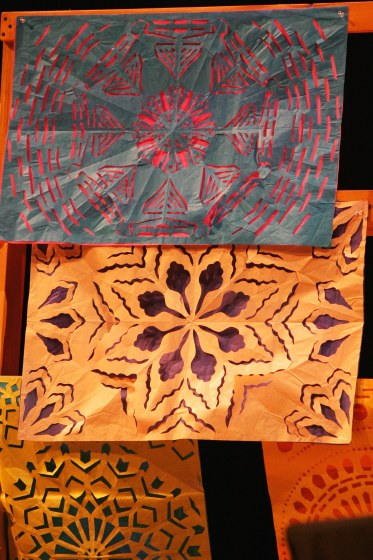 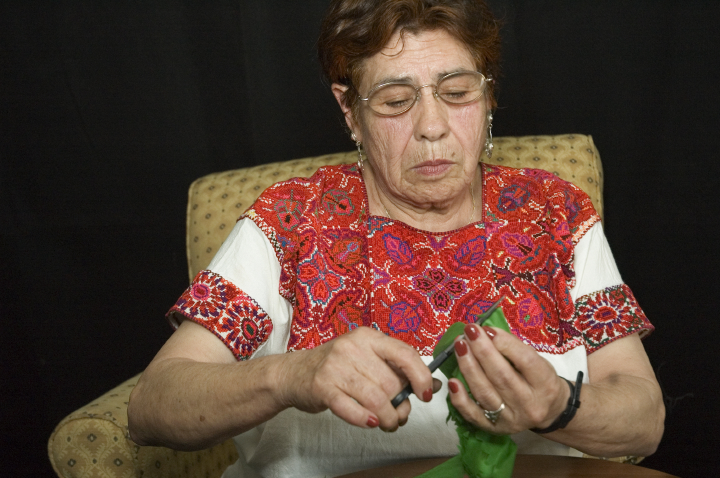 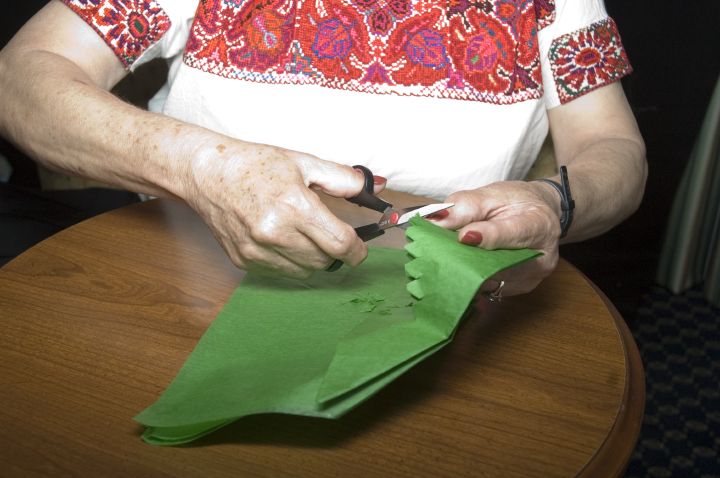 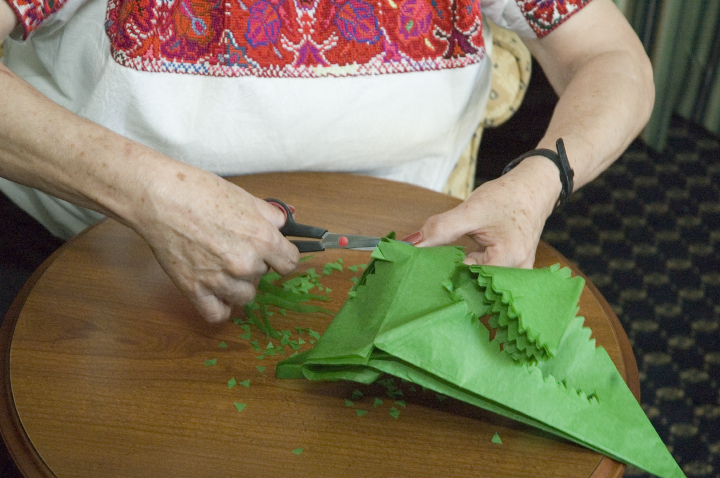 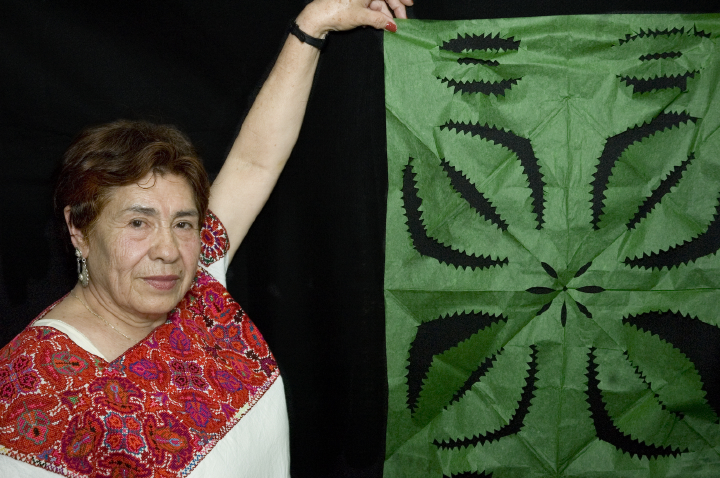 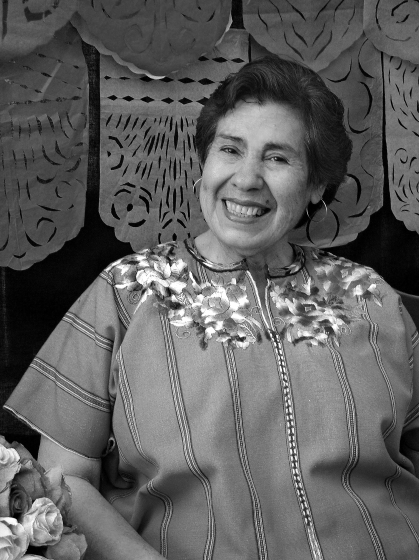 Herminia Albarran Romero was born into a family of artisans. At 7 years old, while growing up in San Francisco de Asis, a village south of Mexico City, she began learning from her mother the art of papel picado (Mexican paper cutting). When she was 19, Romero received an internship in the Mexican equivalent of the Peace Corps and was trained as a teacher. Through another federal agency, she became an itinerant teacher, instructing rural people in papel picado and other folk arts.

It was after relocating to the San Francisco Bay Area of California in 1981 that Romero achieved wider fame. Patricia Rodriguez, gallery director of the Mission Cultural Center for Latino Arts in San Francisco, recalled that she asked the women working with her at a community center to do paper cutouts for an event. “When she showed me her paper cutouts, I almost fainted,” Rodriguez recalled of Romero. “Then I gave her my spot at the Galleria de la Raza to do an altar. After that, she just took off. Everybody wanted her then.”

Papel picado is used in a wide range of celebrations, including birthdays, quinceaneras and outdoor festivals, but it’s especially important in the observance of Dia de los Muertos, the Day of the Dead. Romero is renowned as an altarista who creates altars to honor the dead on this important holiday. She also helped revive the tradition of Pan para los Muertos (bread for the dead), teaching local artists and teachers to form traditional figurines in bread and to use these and other food items to decorate altars. Her apprentices have conducted workshops for elementary school children, and bakeries now sell the bread each year.

Romero has continued to create and to teach others. Her work has been exhibited in a number of museums and in other venues. For one exhibition, she created a large, elaborate altar and lined the walls with more than 800 paper designs.

In 2002, the city of Cuernevaca, Mexico, invited Romero to create an altar for its central plaza. She said in the exhibition catalog, “In creating my works for Dia de los Muertos, I am joyful as I sense the near presence of my loved ones. When I create papel picado and paper flowers, I again experience those childhood moments near my beloved mother and grandparents, who also worked as these crafts. I feel connected to the love they have for me even in death, and this is why I feel such a great joy within me.”

Herminia Albarrán Romero's friend Patricia Rodriguez translates the answer to the question 'What is the process you go through to cut paper?' Arlington, Virginia, 2005, interview by Alan Govenar

Herminia Albarrán Romero sings a prayer followed by a translation of its meaning, Arlington, Virginia, 2005, interview by Alan Govenar

Herminia Albarrán Romero's friend Patricia Rodriguez translates the answer to the question 'Who do you create your work for?' Arlington, Virginia, 2005, interview by Alan Govenar