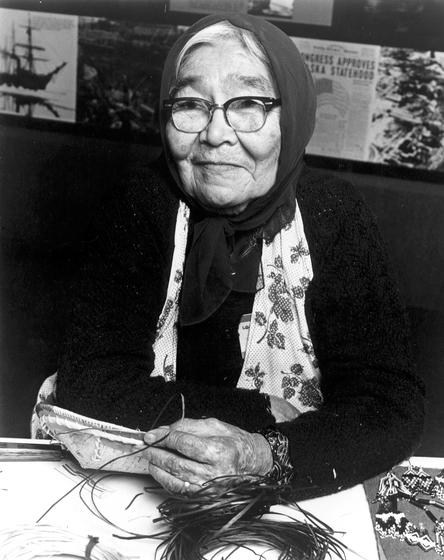 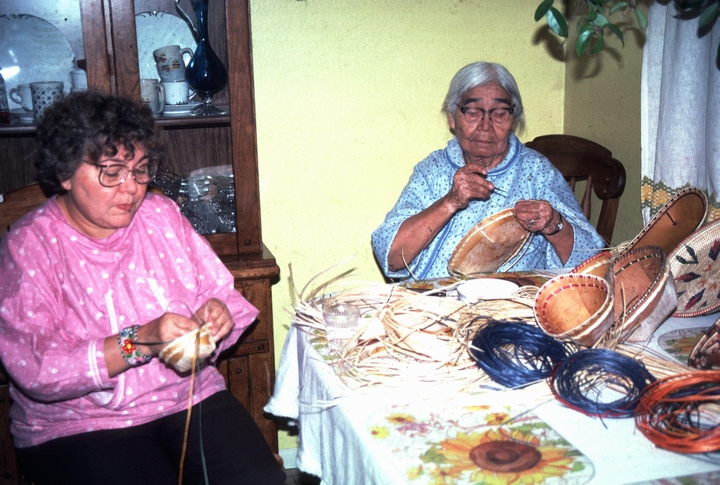 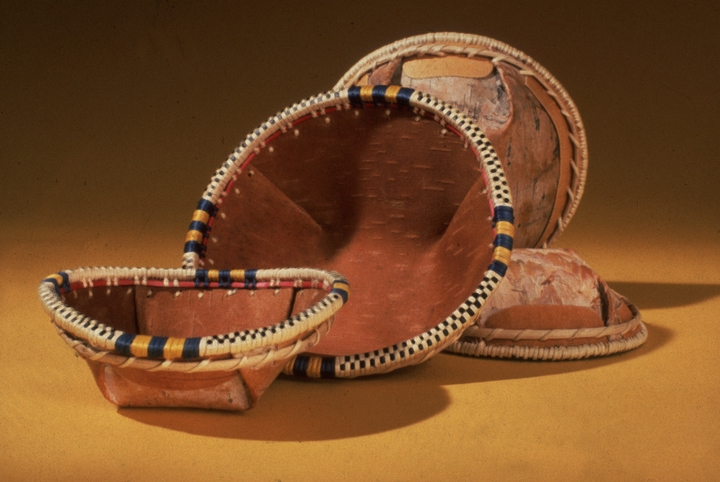 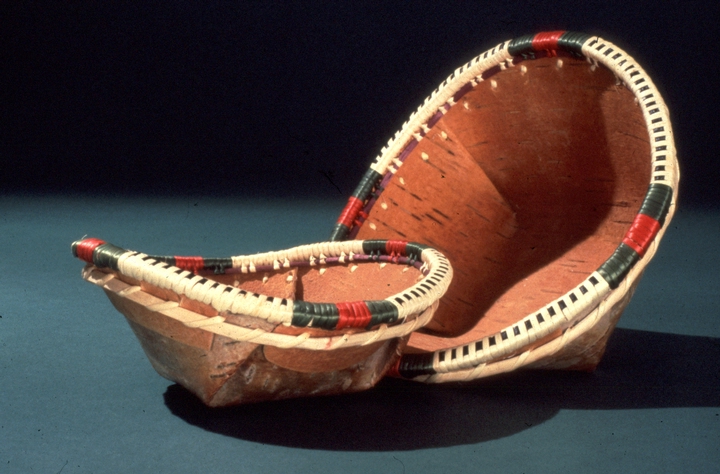 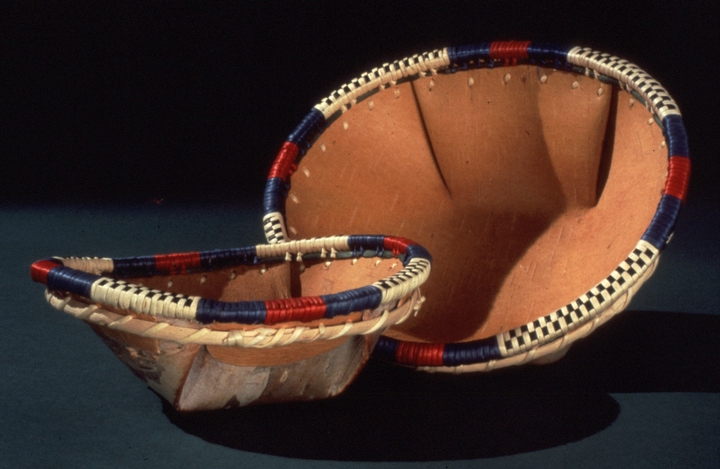 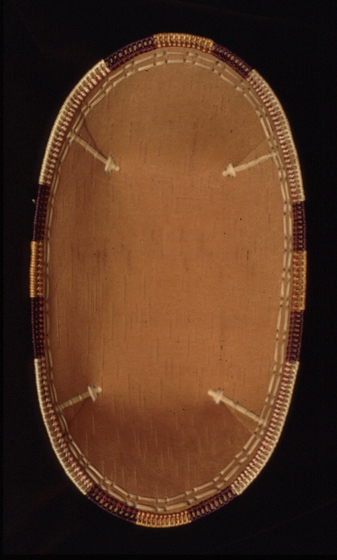 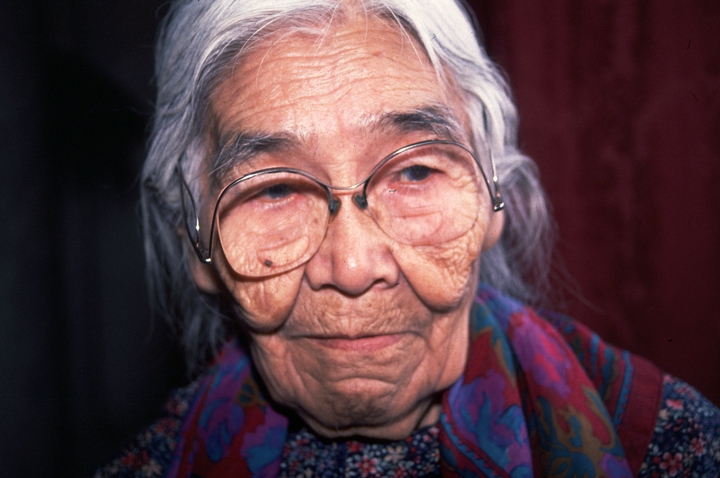 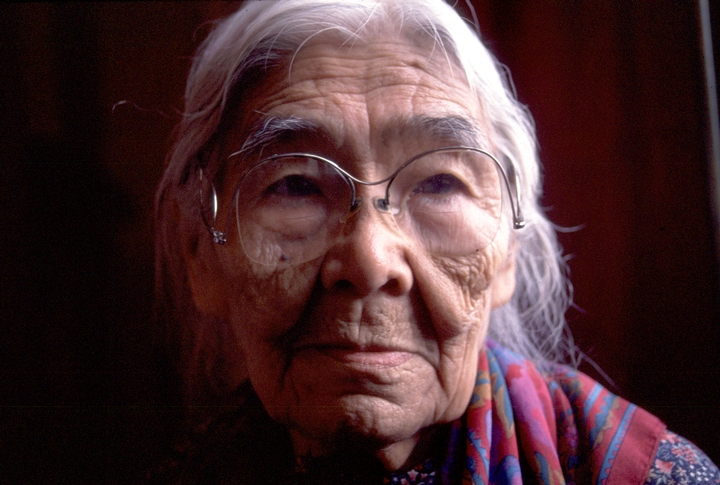 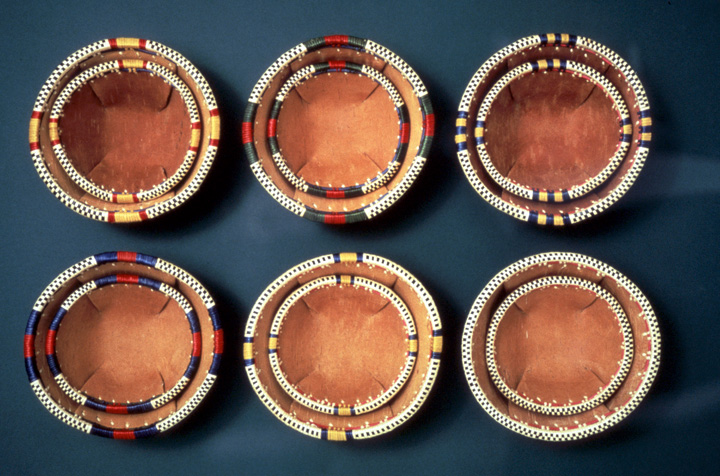 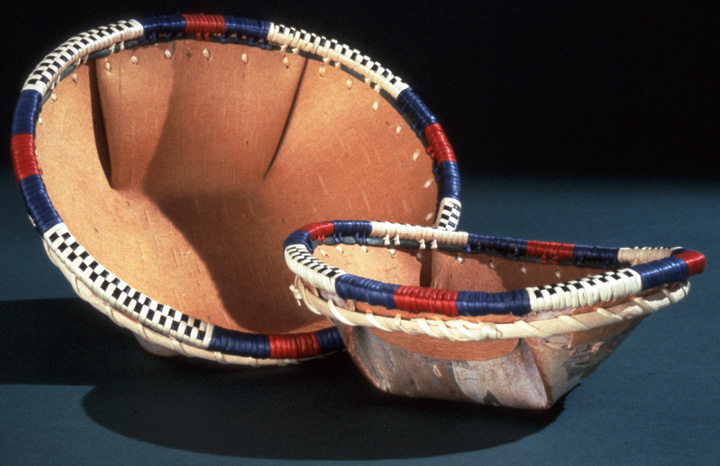 While growing up in Anvik, Alaska, an Athabascan village on the lower Yukon River, Belle Deacon learned to fashion birch bark and root baskets from her grandmother. "My grandmother," she said, "was making baskets, and I looked at her. They never really showed us because we just look at them, and we follow because it's Indian style that you're not supposed to show your handiwork to nobody. You have to do it on your own. When I was young, all the old people made baskets."

Historically, the Athabascan people occupied the central interior reaches of the Yukon River system, some seven tribal divisions spread over a vast territory that extended to the shores of Cook Inlet near modern-day Anchorage. Distantly related Athabascan-speaking groups stretch far to the south and include the Apache and Navajo of the Southwest. Primarily seminomadic hunters, trappers and fishermen in pre-European contact times, Alaskan Athabascans were well adapted to the harsh climatic extremes prevailing throughout upper Alaska and northern Canada.

Birch bark was once readily available throughout most of northern Athabascan territory and was used for generations to create various kinds of baskets for household use, canoes, baby carriers, spoons and baskets. Baskets were used for gathering, storing and preparing foods. With the introduction of Western culture and new technologies, basketry traditions have become more decorative than utilitarian.

Like her grandmother, Deacon made and sold baskets to earn extra money while raising her four children. Throughout her life, she gathered her own materials for her baskets, traveling from her home in Grayling in late springtime or early summer (June or early July) when the sap was flowing and the birch bark was soft and malleable. In the fall, she left home to go by boat and camp out for a few days in order to dig the willow roots used for basket rims from the sandy stream banks. "It's hard work," she said. "You couldn't buy the roots from nobody."

The preparation of the roots for weaving was a time-consuming process that involved dyeing them with iris petals, blueberries, alder and other plant materials, as well as with commercially produced colors. In addition, she needed to soak the roots in water, and while she worked, she kept her hands moist to prevent the roots from drying out.

After assembling all of her supplies, Deacon steamed the bark and bent it into shape. She then secured the bark in place by lacing willow or spruce roots through it for reinforcement. This technique made the basket waterproof. To finish a basket, she usually wove willow roots along its edges in a black and white checkered pattern, alternated with blue or yellow and green wraps. These edgings produced a stunning contrast to the plain, carefully stitched bark sides.

Into her late 80s, Deacon continued to be an inspiration for her people and for all who viewed her work, especially for those who had taken up this demanding art form. Her daughter, Daisy Demientieff, and Daisy's daughter often work alongside one another.

Belle Deacon answers the question 'How are your baskets used?' Recorded live at the 1992 National Heritage Fellowship Concert, Washington, D.C., courtesy National Endowment for the Arts

Belle Deacon answers the question 'How did you learn to make baskets?' Recorded live at the 1992 National Heritage Fellowship Concert, Washington, D.C., courtesy National Endowment for the Arts