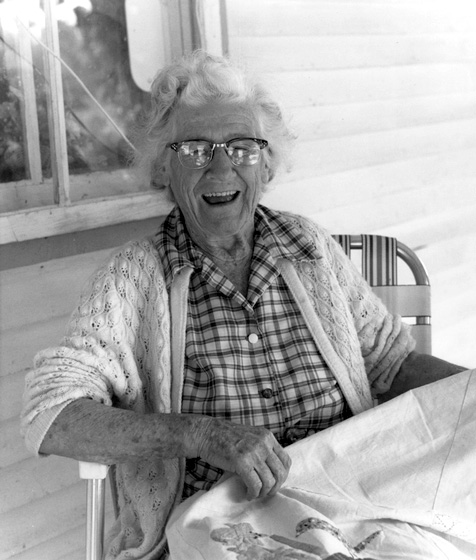 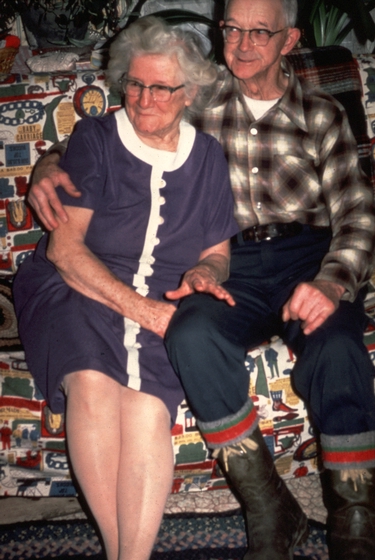 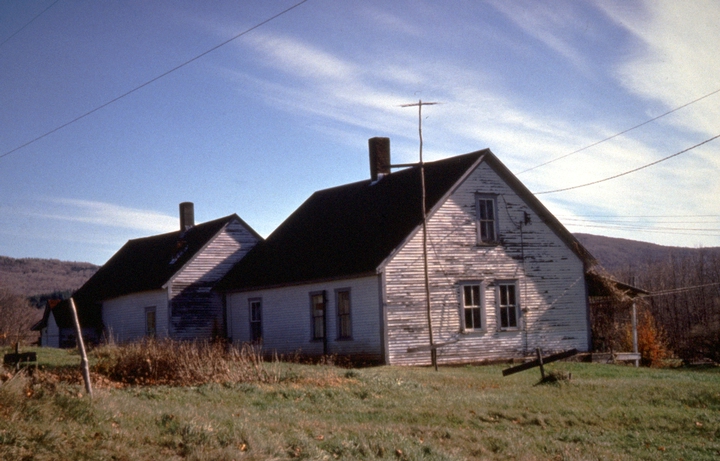 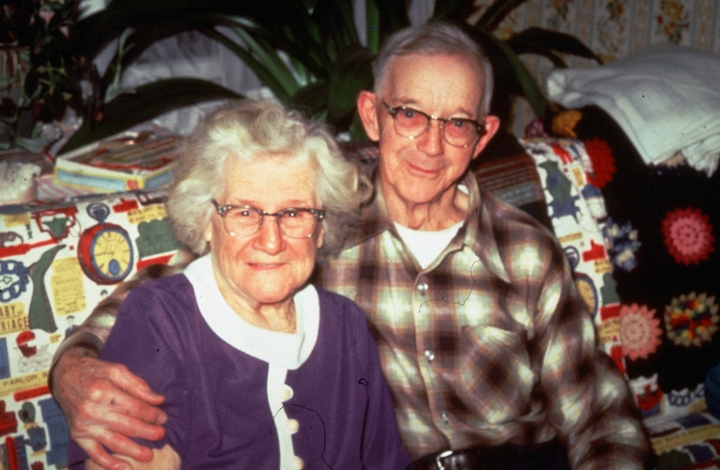 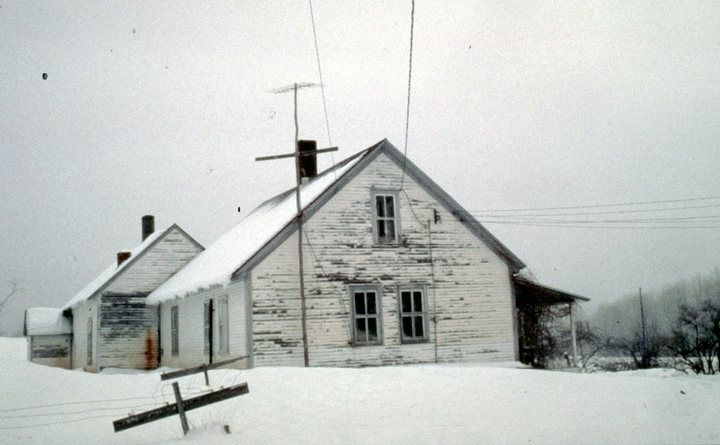 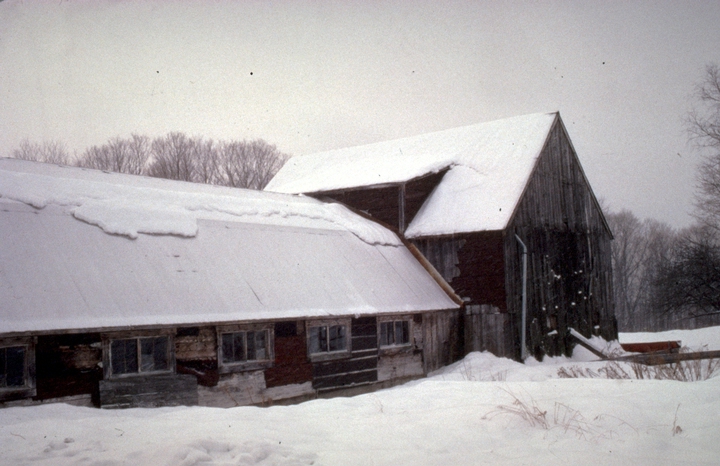 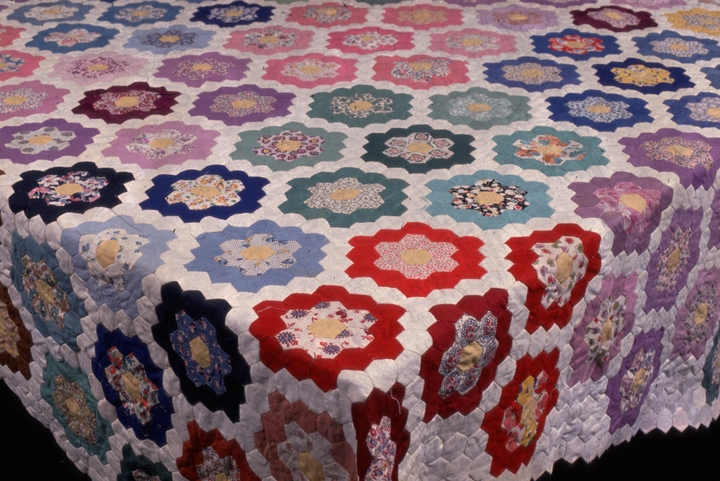 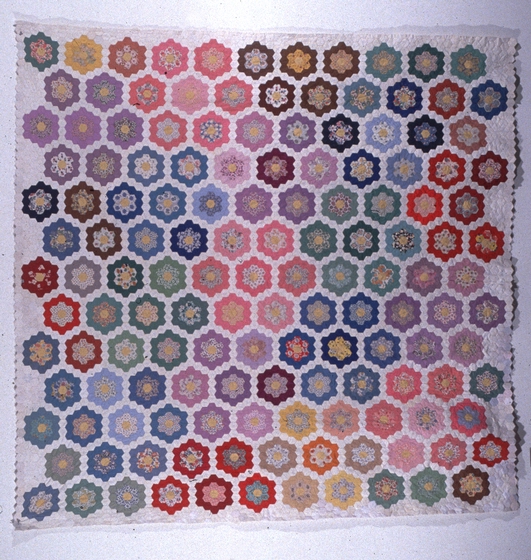 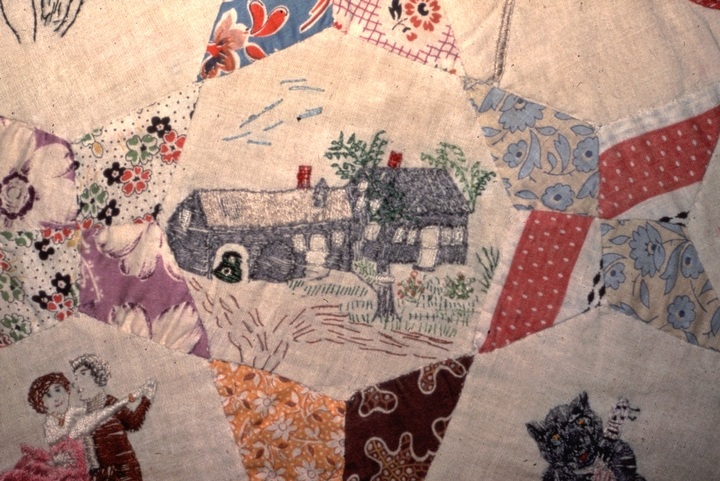 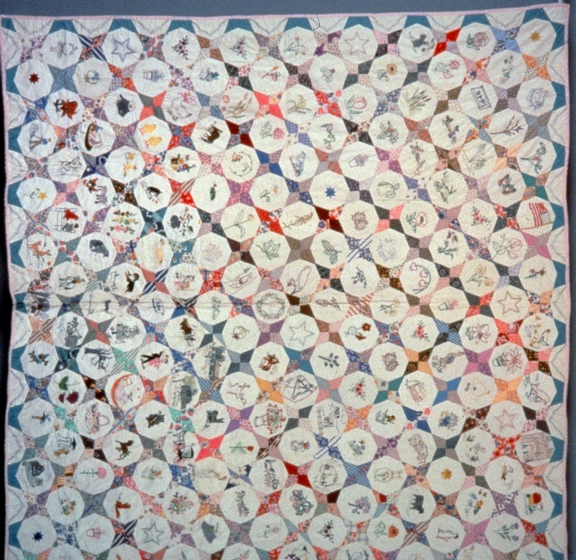 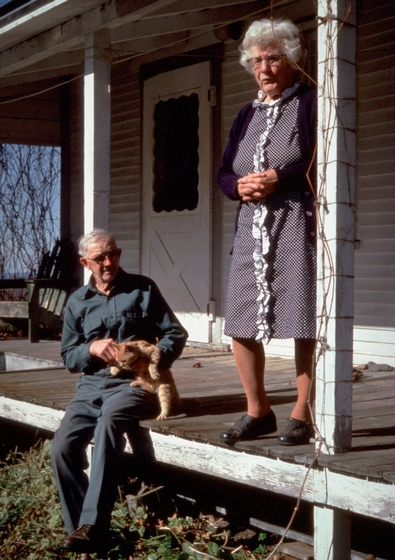 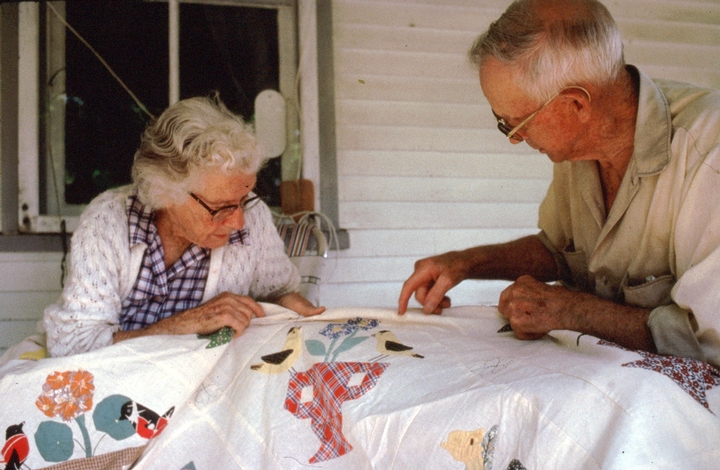 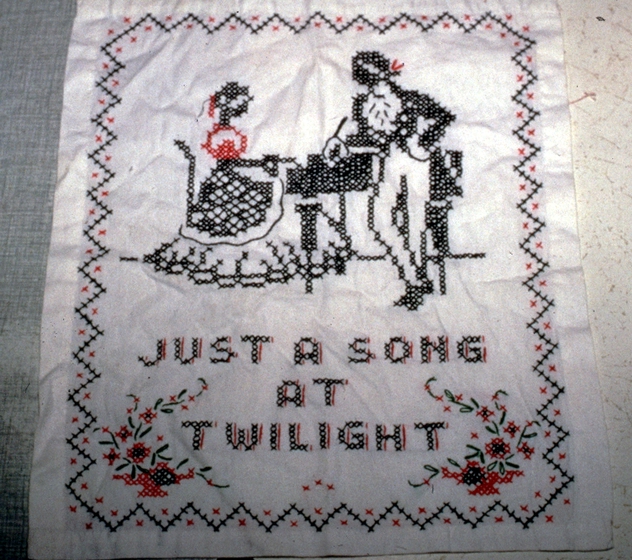 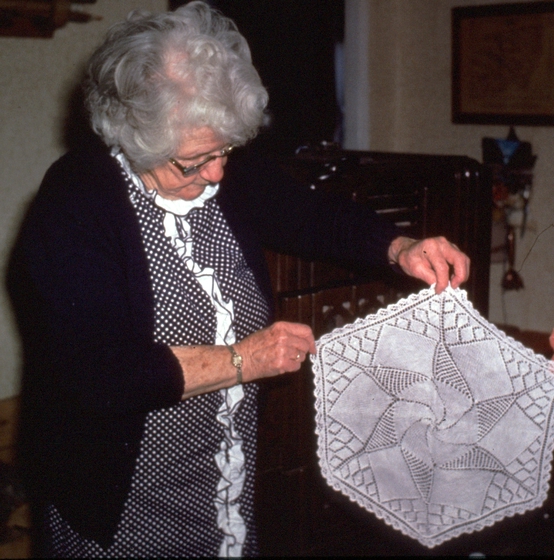 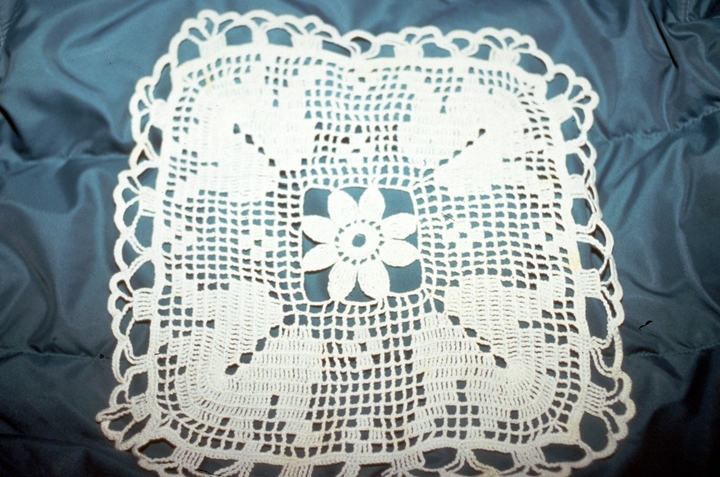 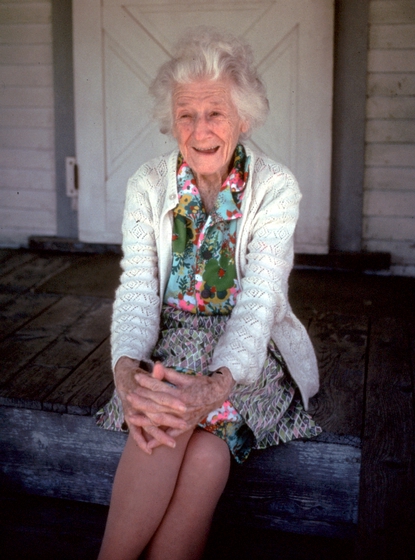 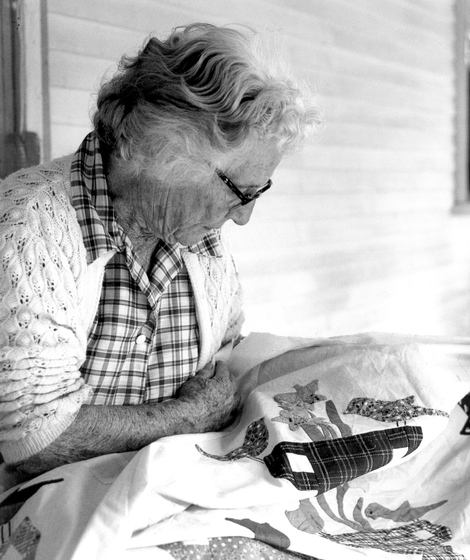 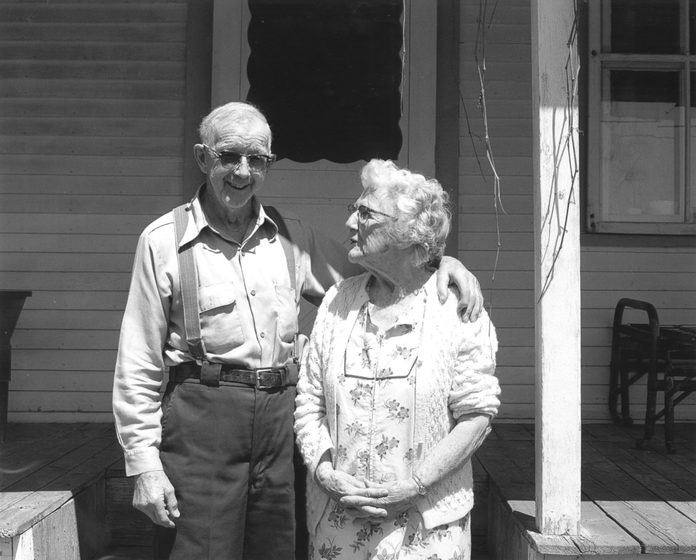 Amber Densmore began learning her "fancy work," as she called it, in the time-honored way, under the tutelage of her mother. At age 5, growing up in Chelsea, Vermont, she started to help with the family mending. Later, as children whose chores were essential to the family's welfare, she and her sister practiced crochet and other ornamental needlework traditions as they helped around the farm. For a time, it was Amber's job to sit on the fence and try to keep the foxes away from her father's turkeys in the fields. In the morning before she left for her fence sitting, she packed a knapsack with all the supplies she needed to knit or crochet. Eventually, she also learned to make lace, to quilt, and to hook rugs.

Amber's mother's best friend, Ina Grant, became the girls' most important teacher, showing them how to tat, quilt, hook and use all the decorative fabric techniques that generations of farm women have invented and mastered. She also learned from Grant the value of needlework as a reliable excuse for socializing and a refuge from the loneliness and monotony of farmwork. "We weren't always together when we made them," Densmore said, "but we always took our work when we went to see each other. I don't know, we just did it for ourselves.... Once you've made them, they're part of you. They stick with you."

All of Densmore's children and grandchildren have quilts made by her hands; she never sold a piece of work. She laughed at having so little to show for a lifetime of creative energy: "I've given it all away! You'll just have to go and see my grandchildren. If I could see all the things I've made in one place, I'd probably faint right away."

Her most spectacular piece of work was the "Farm and Home Memory Quilt," made of 172 embroidered blocks. Each block captures a memory of life on the farm: her father hunting, her son bringing in the hay, killing turkeys for Thanksgiving, "sugaring off" maple trees, her favorite Jersey cow, her youngest son's dog Timmie, her mother's Christmas cactus, her father's first car (a Chevy coupe), the special flowers in her garden. This remarkable creation won first prize at the Tunbridge World's Fair, Vermont's best-known county fair.

Densmore delighted in carrying forward a long tradition of Yankee Vermont farm women who found pleasure in creating beauty out of scraps and well-worn materials. About her "Flower Garden" quilt, she liked to explain the origins of her materials as much as the patterns themselves: "That piece is from the last dress my sister and I made alike before she died; that is a piece of my mother's wedding dress; that's Junior's favorite shirt."