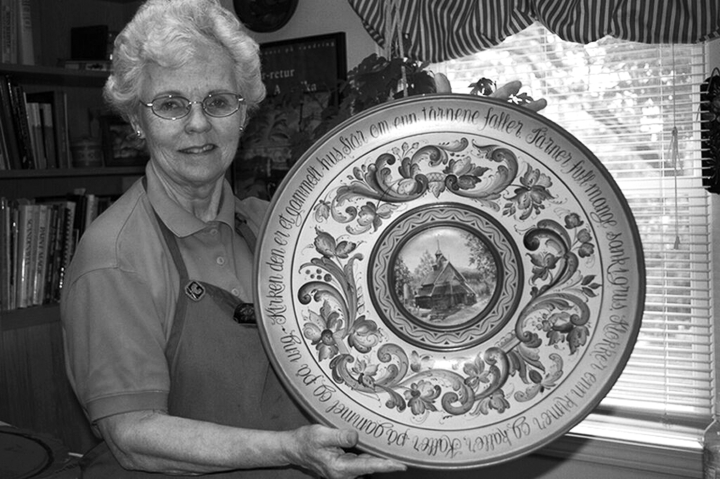 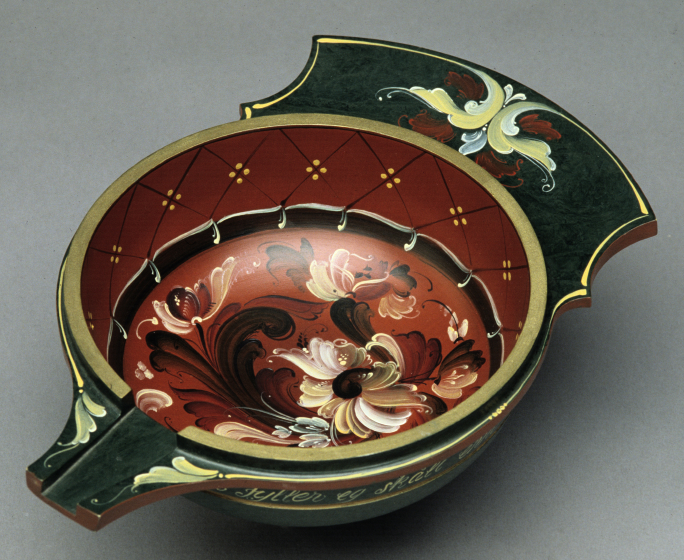 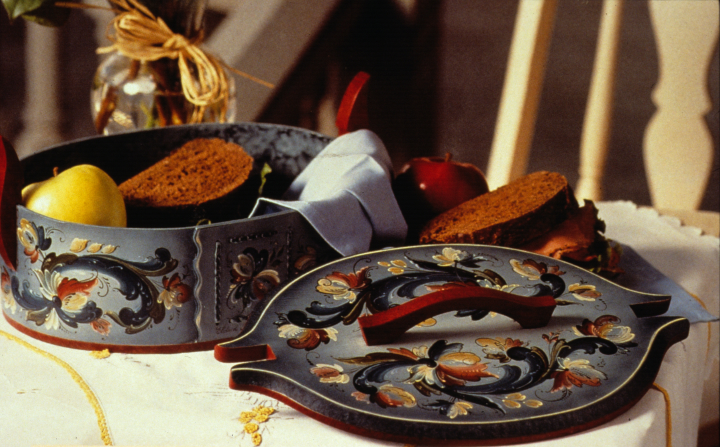 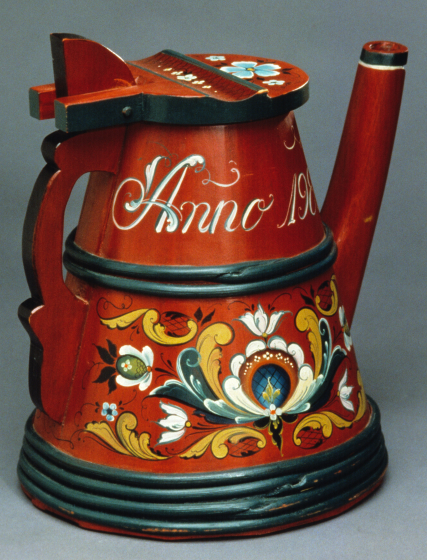 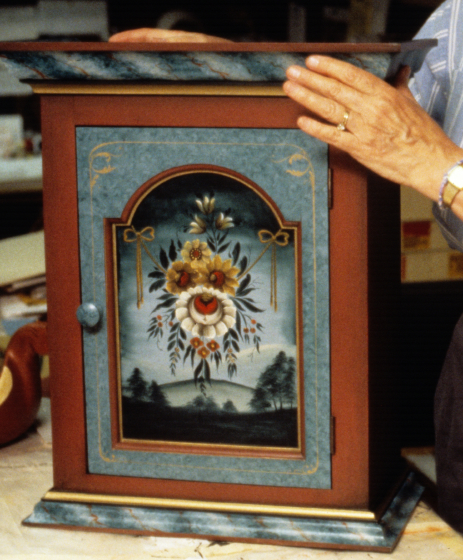 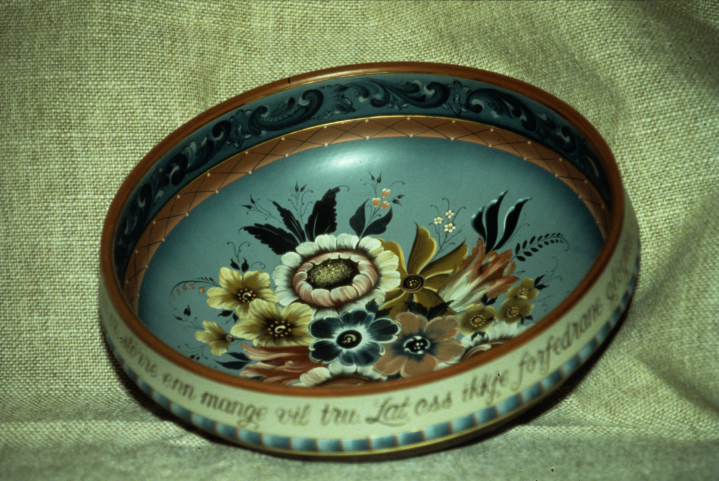 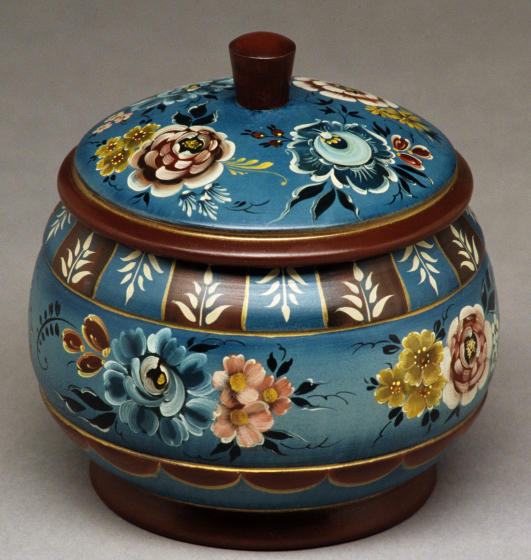 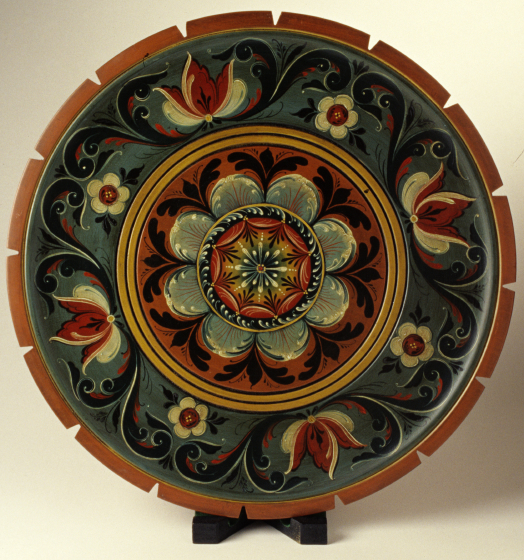 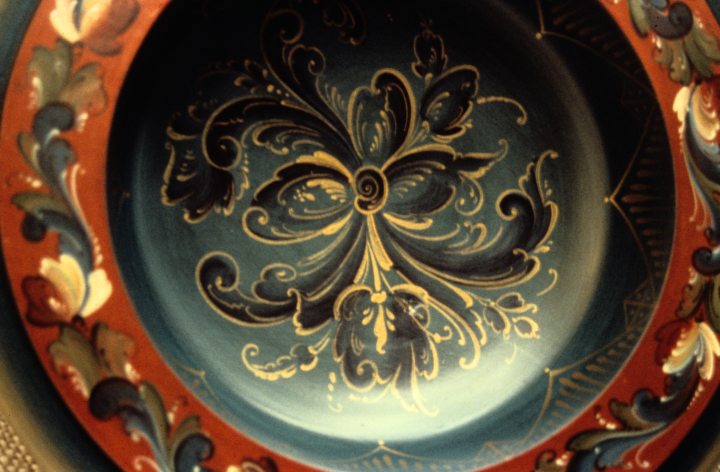 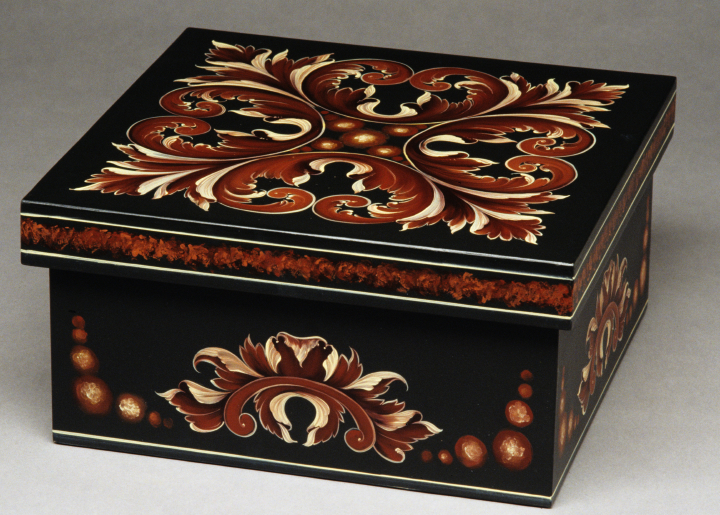 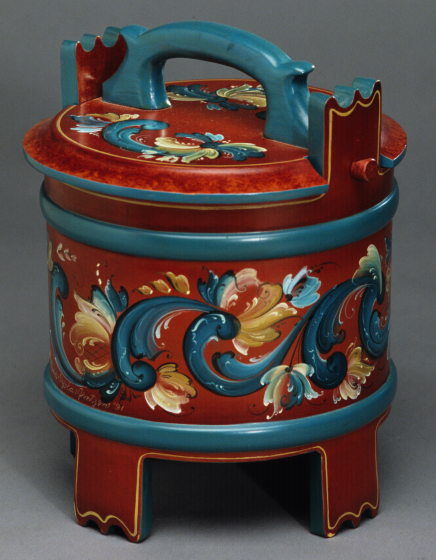 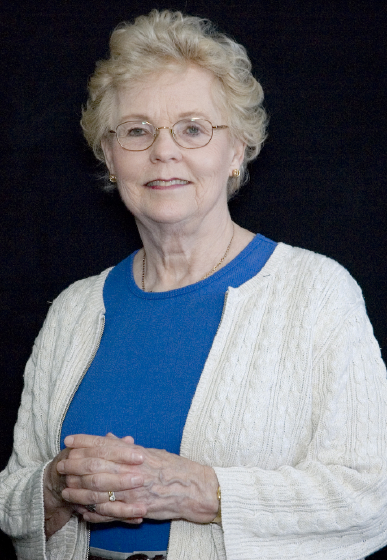 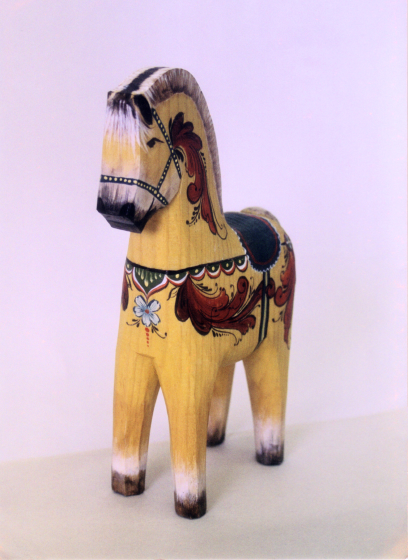 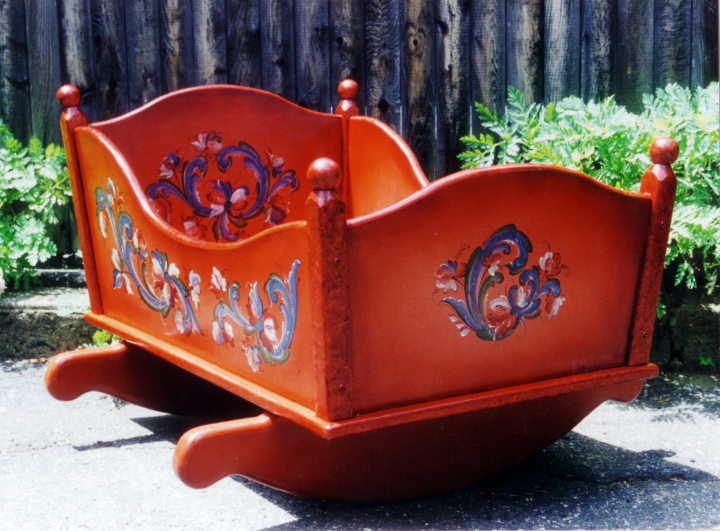 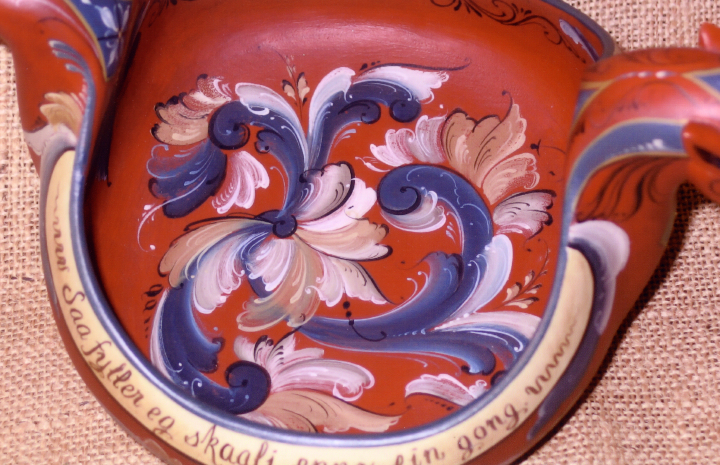 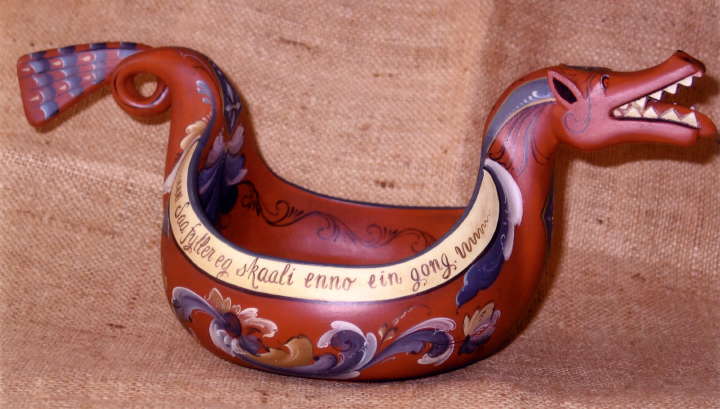 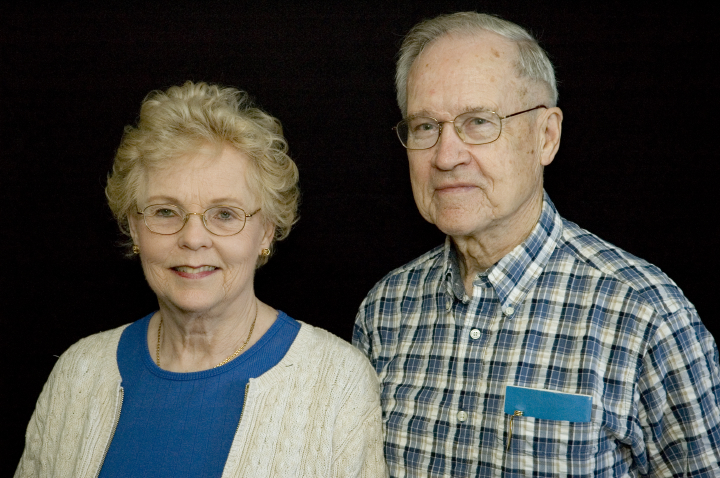 Eldrid Arntzen, the daughter of Norwegian immigrants, grew up in a large Norwegian community in the Bay Ridge section of Brooklyn. “Everything was Norwegian — the churches, the newspaper, the butcher, the baker, the fish store,” she told NEA interviewer Mary Eckstein. However, as a child she had little exposure to rosemaling, a traditional form of painting that flourished in Norway in the sixteenth and seventeenth centuries. This form of decoration was used on wooden objects in homes and churches and was brought to North America by immigrants.

“We really didn't see that much rosemaling there because most of the people came from along the coast of Norway,” Arntzen remarked. “But when we did see it, we knew it was worth supporting and preserving.”  Arntzen showed an early aptitude for art and, at the suggestion of a teacher, was enrolled in lessons when she was 10. After being exposed to photographs of rosemaling around 1961, she decided to give it a try. Arntzen found the art form very difficult and frustrating to master. After marrying and moving to Watertown, Connecticut, she joined a rosemaling society and attended classes. Though her time was limited by raising three children, she continued to practice and to educate herself. In 1979, after her children were grown, she and her husband took a long-awaited trip to Decorah, Iowa, home of the Vesterheim Norwegian-American Museum. Inspired, she traveled the following year to Rauland, Norway, where she spent three weeks studying at an arts and crafts academy. She has returned regularly.

Brush strokes are crucial in rosemaling, Arntzen mused: “You need to have a lot of brush control. And the detail work — the line work— is very, very important. That's the icing on the cake. If that's not done well, then you could say almost all is lost.”
Arntzen is adept in many styles of rosemaling and often paints on household objects such as ale bowls, tankards, chairs and trays. “I've been told that my rosemaling looks very feminine,” she said. "I love to do the detail embellishment, which can get very fine. I like to embellish within the scrolls, within the flowers, and then coming out of those things.” She stresses that even someone with a background in art should take lessons in rosemaling because it is so demanding.

Arntzen's work has been featured in many exhibits, and she is much sought after as a teacher. “I don't think you can ever perfect it,” she says. “I'm still experimenting and still learning. I'll be learning until the day I die.”

Eldrid Arntzen answers the question 'How do you start a rosemaling project?' Washington, D.C., 2005, interview by Alan Govenar

Eldrid Arntzen answers the question 'When did you start rosemaling?' Washington, D.C., 2005, interview by Alan Govenar

Eldrid Arntzen answers the question 'How did rosemaling get popular in Norwegian culture?' Washington, D.C., 2005, interview by Alan Govenar