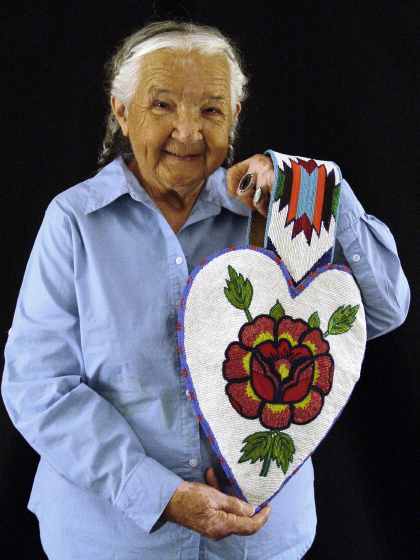 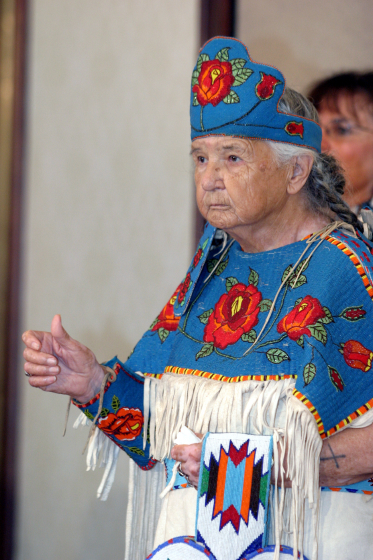 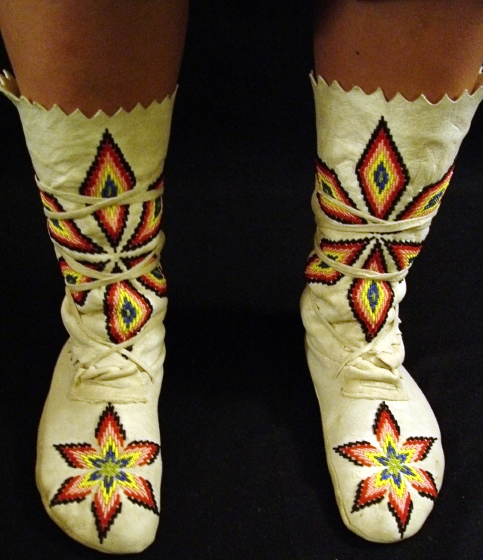 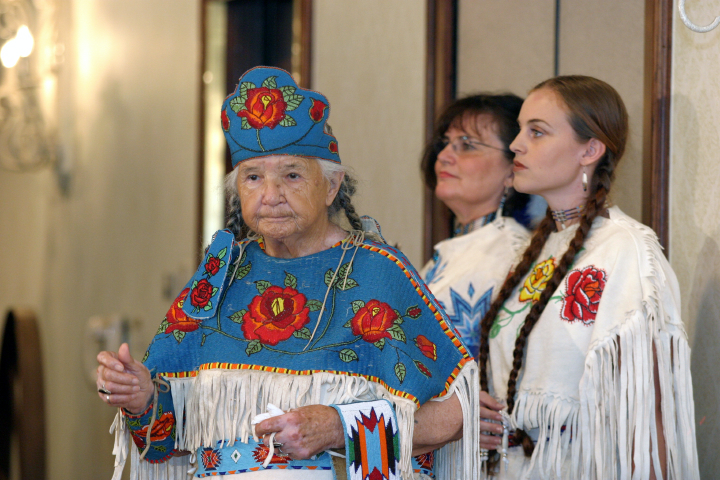 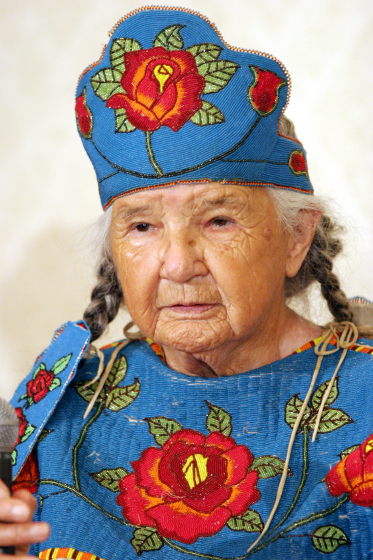 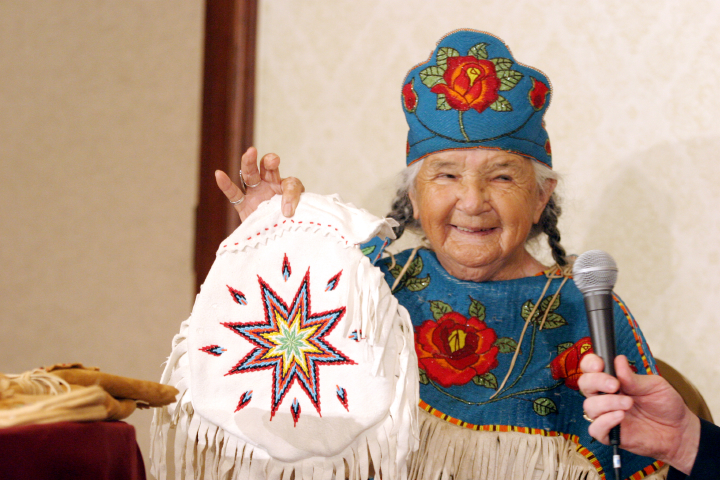 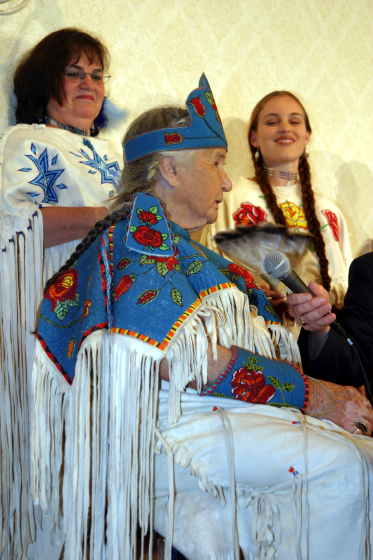 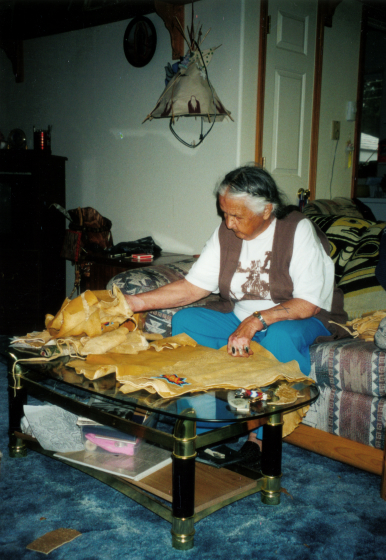 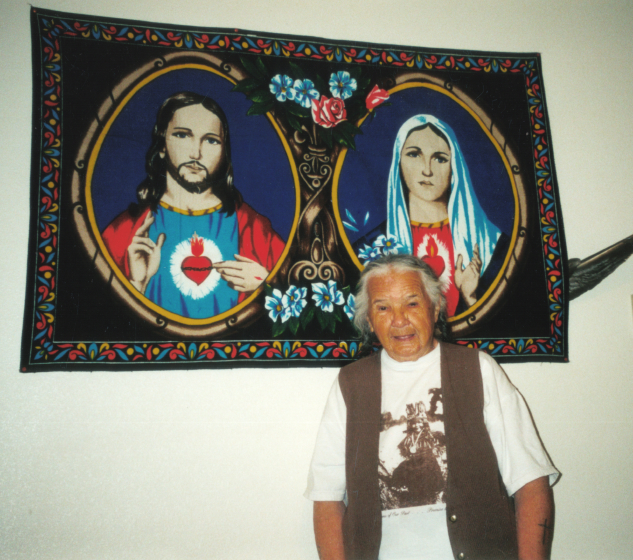 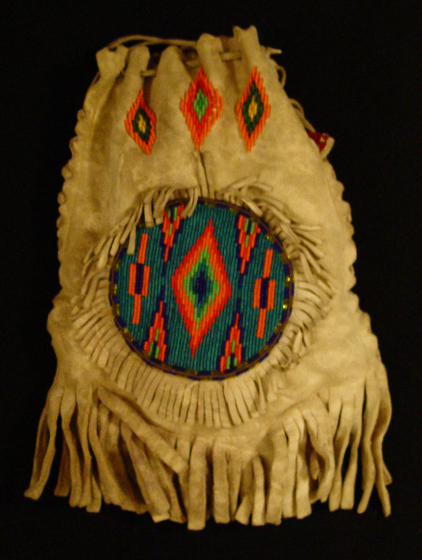 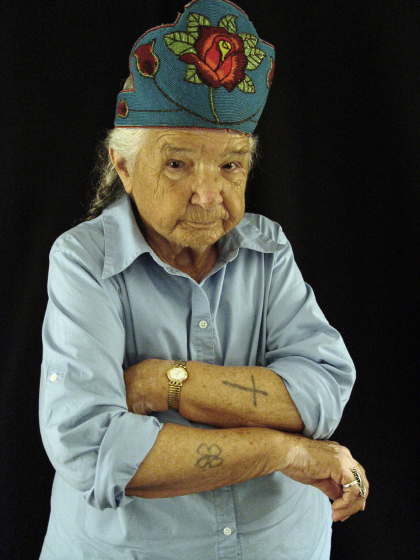 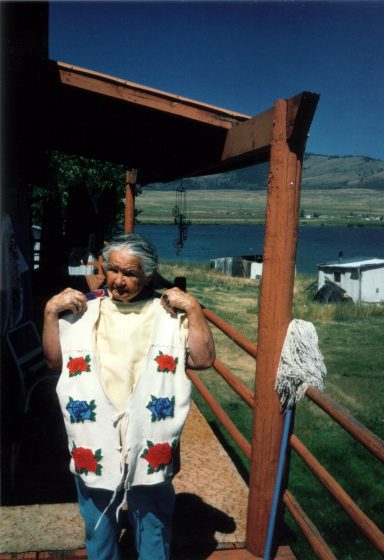 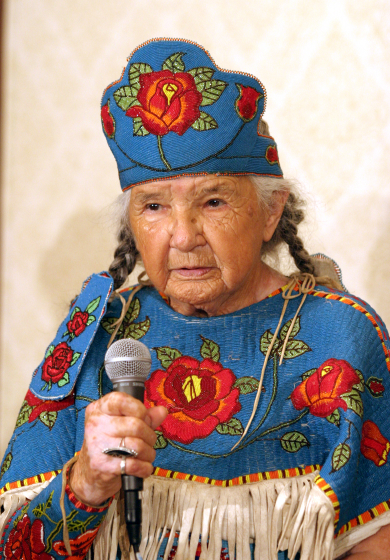 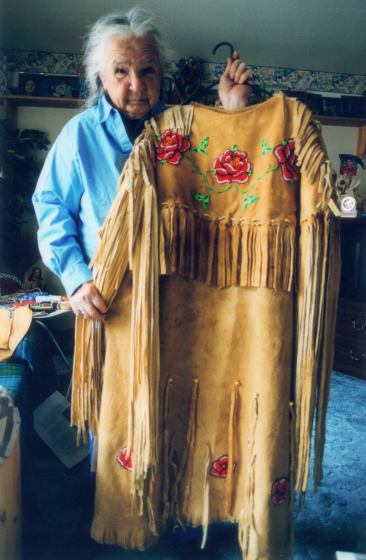 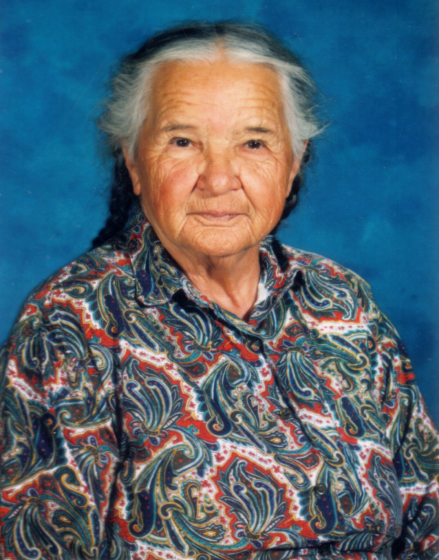 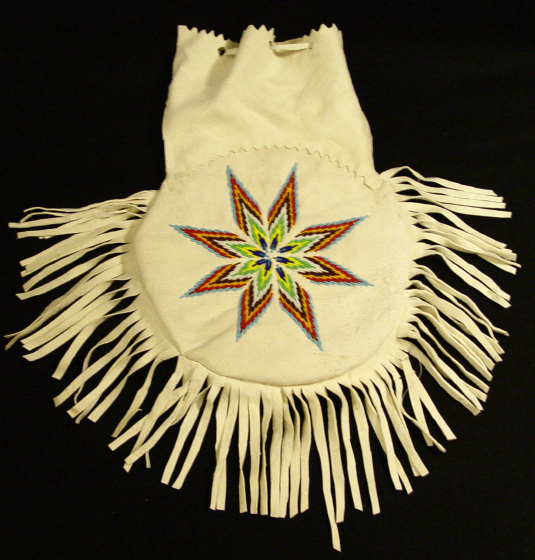 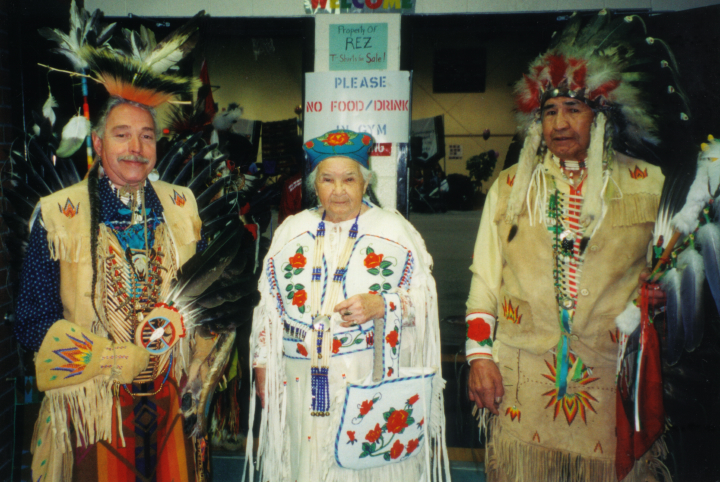 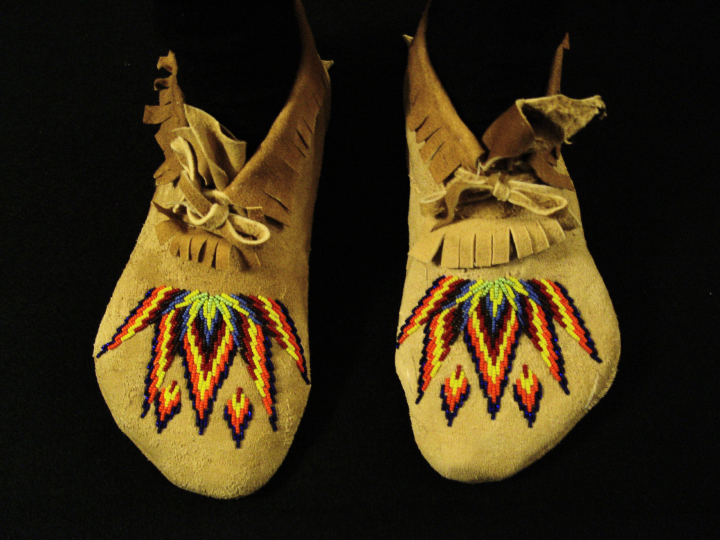 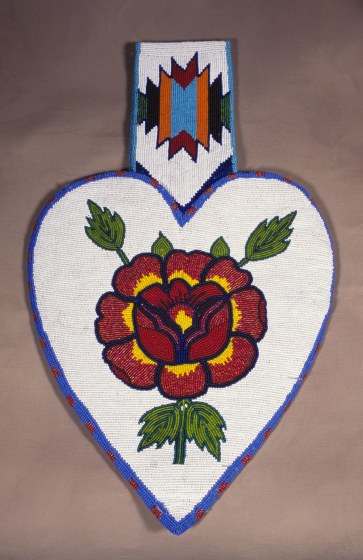 Agnes “Oshanee” Kenmille spent most of her life on the Flathead Reservation in northwestern Montana, where she was born. She did her first beadwork when she was 11 years old while growing up on the tribal lands. She had learned by watching her mother, Kenmille told NEA interviewer Mary K. Lee. “She was beading something — I don't remember what — and I started cutting little pieces of canvas,” Kenmille said. “I started beading one with a four-leaf clover, and when I finished that, I asked if she would give me some beads to put in a background. She asked to see what I'd done, and when she looked at it, she said, ‘Really nice work.’ So that's when I started beading. … Then at 14, I started tanning [deer] hides, making leather. The hardest part is scraping the hair off. After that you put it in water, then wring it out and straighten it. You continue that process until it gets to be a really light color, really white. Then it's time for you to put in brains [to soften the hide]. We call it brain tan. … I do two different kinds of hide. There's a smoked one, and there's the white one. The white one is the natural color, but you can't wash it. The smoked one, you can wash any time it gets dirty. But the white one, you've got to do your best to keep it clean.”

The work is arduous. “You know the sickles they used to cut grass?” Kenmille said. “We use that kind of blade to scrape the hair off. It's pretty heavy, but that does the work. … Every hide is different. The thin ones I use for vests or gloves or small little moccasins. Thick ones I use for large moccasins, for big men.”

Kenmille married into Kootenai families and was one of the few remaining speakers of all three languages of the Flathead Reservation — Salish, Kootenai and English. Dedicated to preserving and passing along her knowledge, she offered instruction in the Salish language at Two Eagle River School, the tribal high school, and taught hide tanning and beadwork at Salish Kootenai College.

She received orders from all over the world. She once made a pair of gloves for Muhammad Ali — “the biggest pair I could make.” And former Vice President Al Gore was given a pair of her gloves while he was campaigning in the area for Bill Clinton.

For all her acclaim, though, Kenmille got great pleasure from attending powwows near her home and seeing the dancers wearing her beaded moccasins, gloves, vests, breechcloths and dresses. In 2001, Kenmille was honored with the Montana Governor’s Award for the Arts. D. Fred Matt, chairman of the Tribal Council of The Confederated Salish and Kootenai Tribes of the Flathead Nation, said, “We have long recognized her role as one of our master artists and venerated cultural leaders. Her role in language, history and cultural rejuvenation and maintenance for this nation cannot be overstated.”

Agnes 'Oshanee' Kenmille answers the question 'When did you get started beading?' Arlington, Virginia, 2003, interview by Alan Govenar