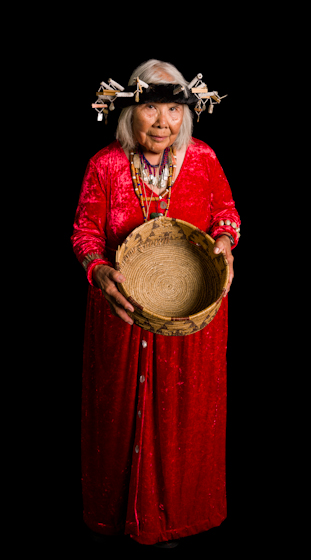 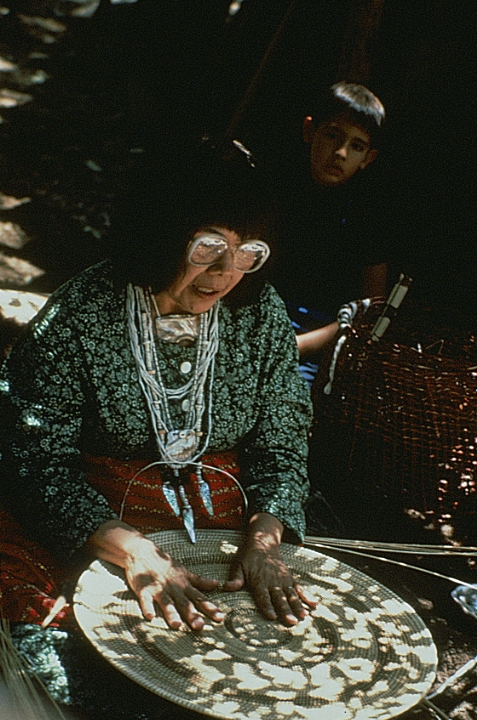 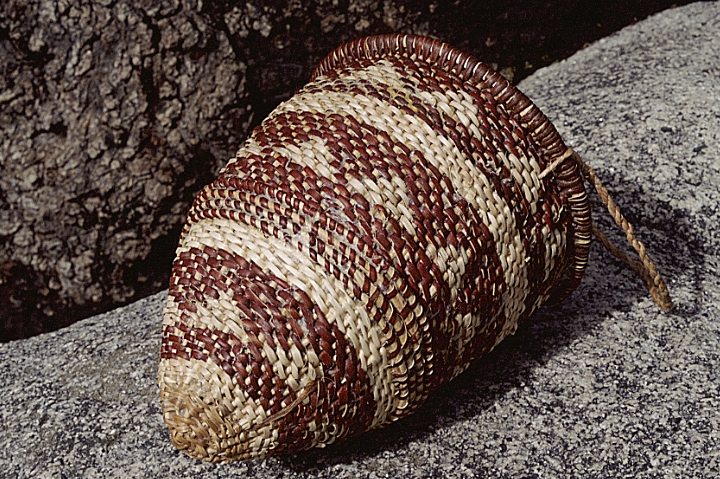 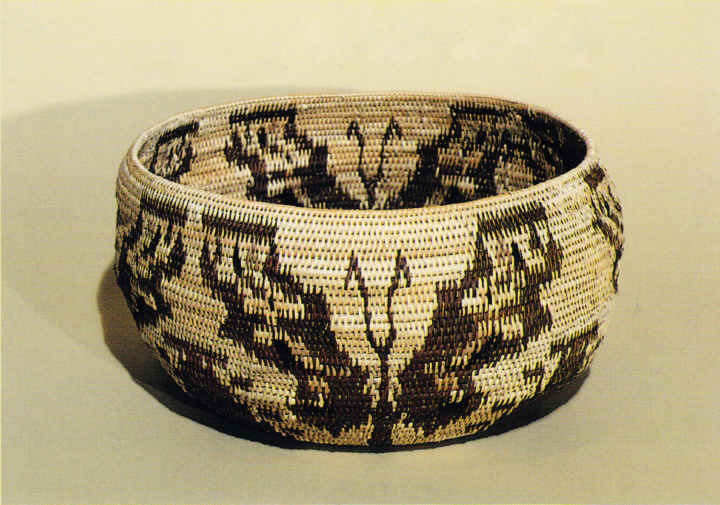 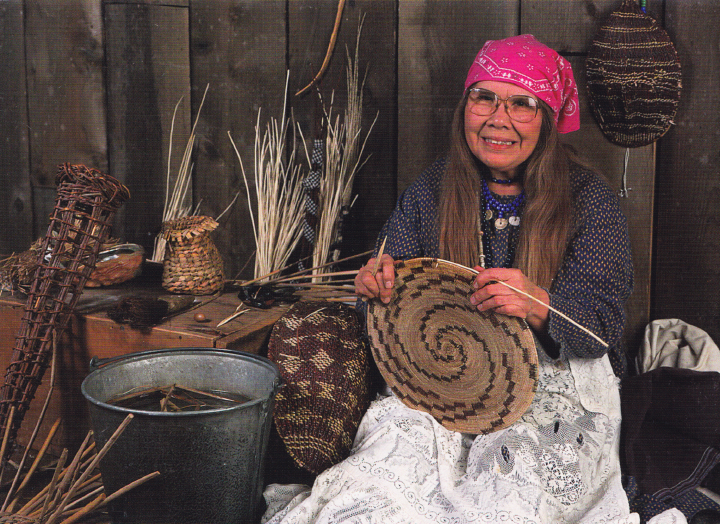 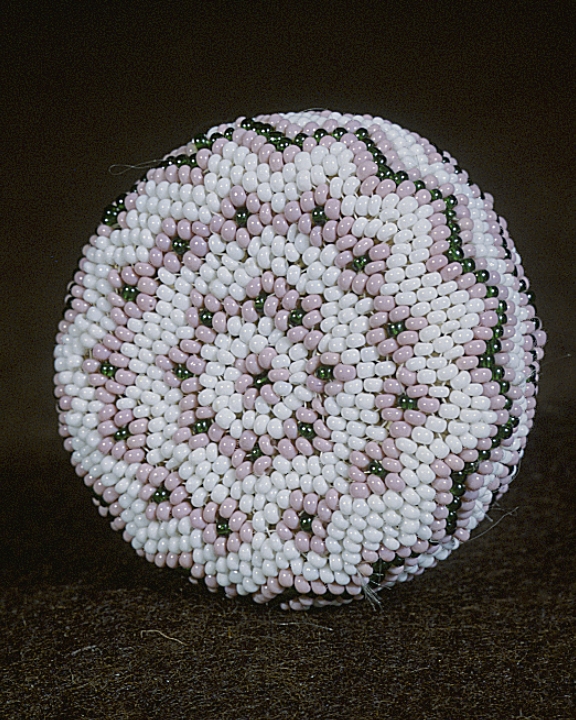 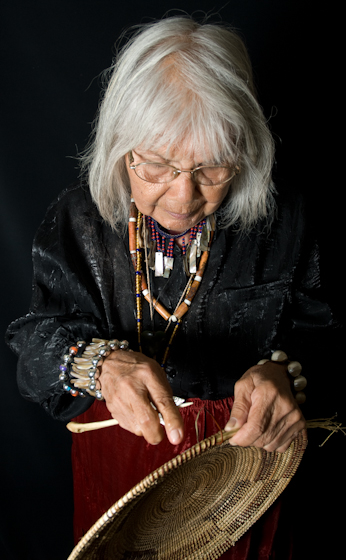 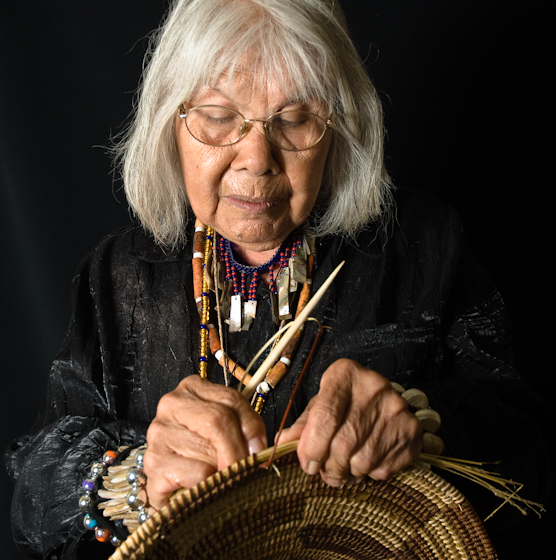 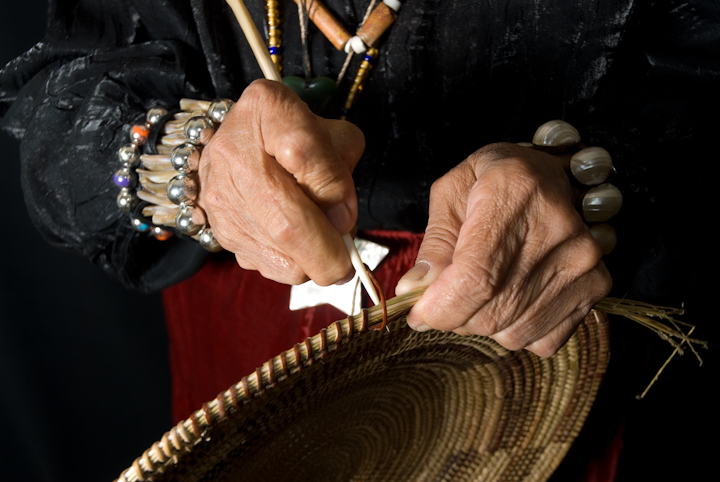 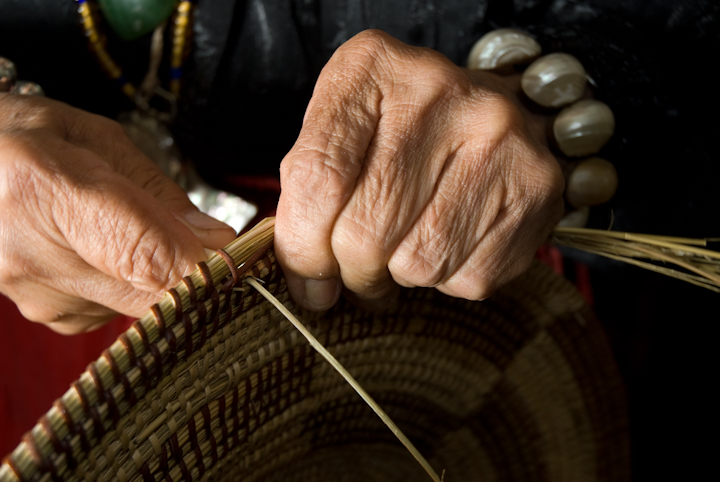 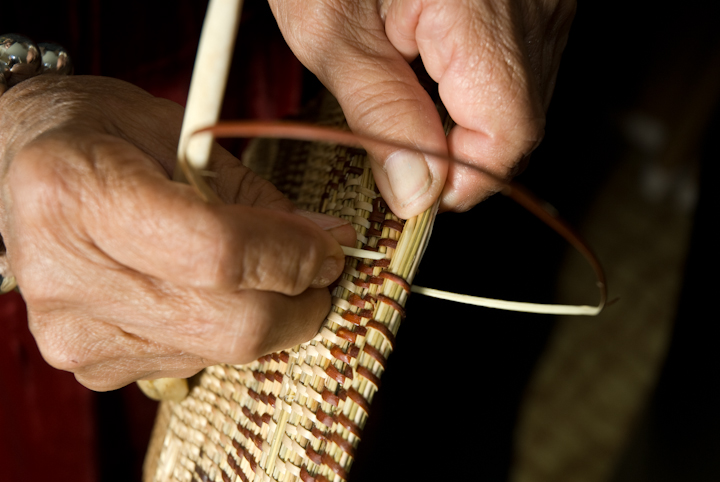 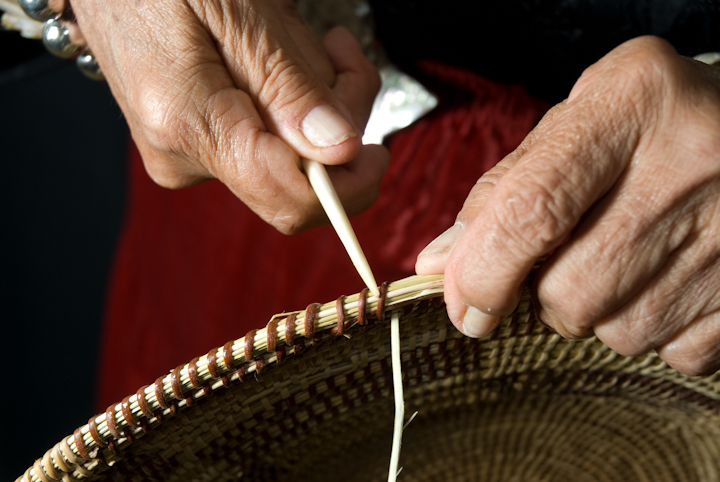 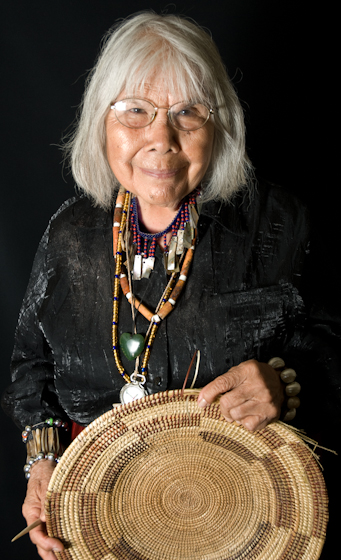 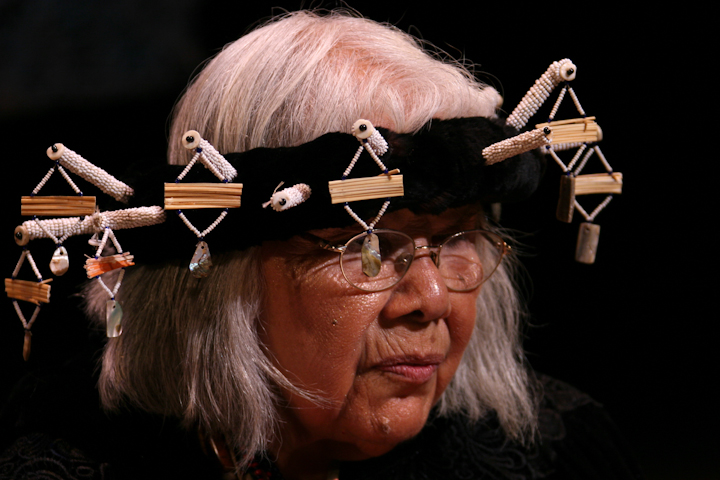 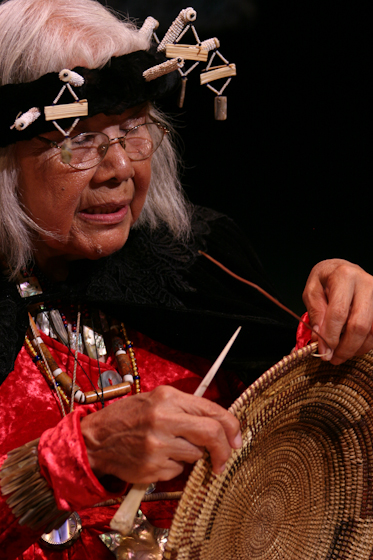 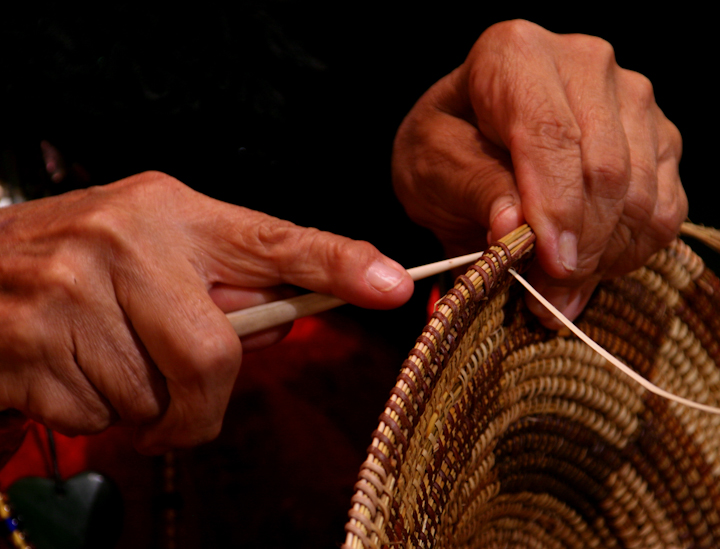 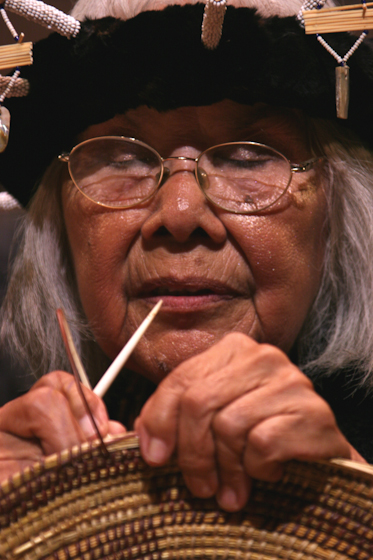 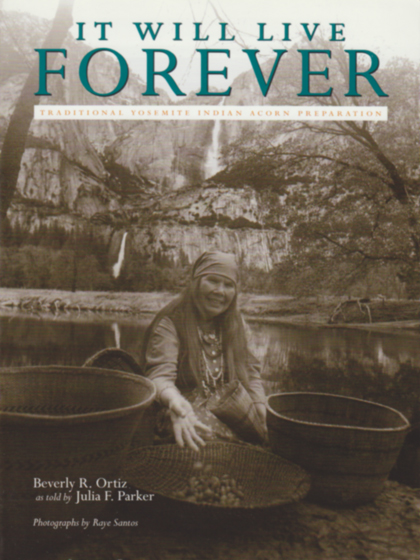 Julia Domingues Parker was born in Graton, California. Her father, Frank Domingues, was Hispanic; her mother, Lily Pete Domingues, was a member of the Pomo tribal group. Both died when Parker was a child. “I lived with my real people until I was about 6 years old and was orphaned at the age of 7,” she told an interviewer. “From 7 until 12, I was in a foster home, a first-generation German home. The lady wanted to take care of all five of us, my brothers and sisters and me. She took care of us and reared us really well, taught us about everyday things and church and the farm and all that. And she always told me, ‘Don't forget that you're a little Indian girl. Always remember that.’ ” When her foster mother was no longer able to care for her and her siblings, she wanted them to remain together. She placed them in an Indian school in Stewart, Nevada, where Native ways were discouraged. “At the Indian school, they said, ‘Don’t be Indian now, don't do Indian things. We have to educate you so that you will be able to take care of yourself when you leave school,’ ” Parker said.

In 1948, she married Ralph Parker, whom she described as a “full-blooded Indian.” Both found work at Yosemite National Park, where Parker became close to her husband’s grandmother, Lucy Telles. “So I began to kind of watch her and be with her. I watched her stow and boil acorn mush in a basket, gather acorns in a cone-shaped basket, and of course we had baby in basket. I started to do some of the old ways that the school said not to do,” Parker said. “And then she passed away and the story of the Yosemite Miwok-Paiute people began to fade away. The chief interpreter was a good friend, and he approached me and said, ‘Julia, how would you like to work in the museum for us and tell people about baskets and stories and the things that you did?’ And I said, ‘But I'm not from the area; I’m Coast Miwok and Kashia Pomo from the San Francisco Bay Area. Besides, I can't make a basket.’ And he said, ‘Well, you can learn.’ Then I remembered that when I was in Indian school I used to go to Carson to look at the wonderful Washoe basketweaver’s baskets. I thought about those little baskets. I said to my husband, ‘Maybe you can help me.’ And he said, ‘Okay.’ ”

After her husband’s great-aunts taught her to make willow baskets, Parker ageed to teach, though at first she was too shy to talk unless someone asked her a question. She studied with the top weavers in California and continued teaching at the park. She co-founded the California Indian Women's Basket Association “with the hopes and dreams that this beautiful work that was left by our senior weavers would be carried on. The organization has grown quite large… We have young women wanting to learn, and we have teachers. We go out and we find teachers that are skilled to help these young women. I have a daughter, a granddaughter and a great-grand girl, and we're all weavers.”

Asked about the greatest source of pride in her artistry, Parker replied, “Being able to go out into the fields and to gather all the natural plants and to prepare them as our elders once did and then make baskets of all shapes and designs for all kinds of purposes. That to me is something I’ve succeeded in doing.”

Julia Parker answers the question 'When did you decide that you wanted to learn to make baskets?' Interview by Alan Govenar, Bethesda, Maryland, September 19, 2007