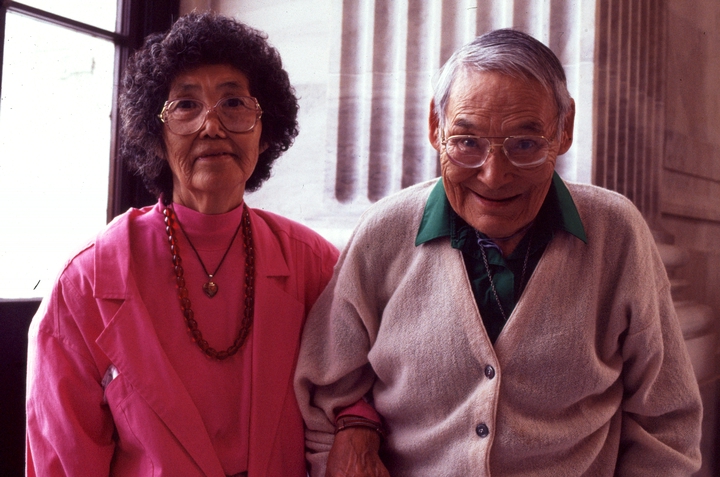 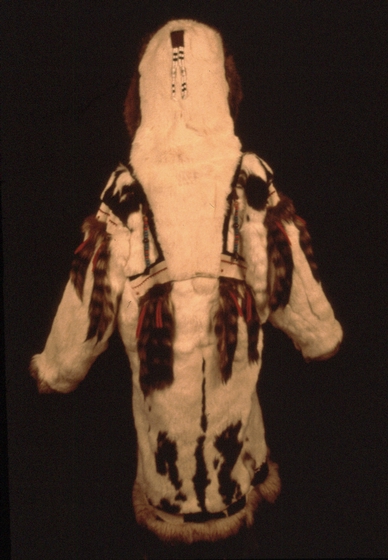 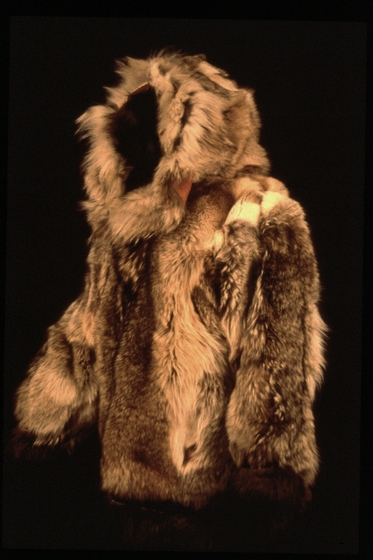 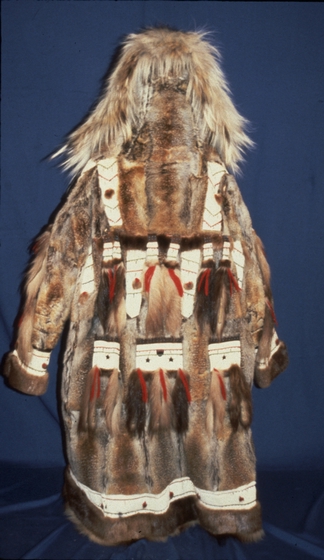 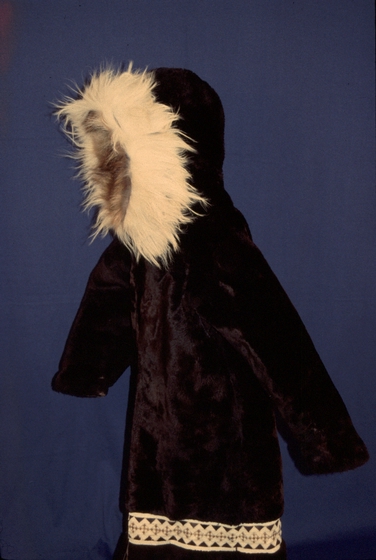 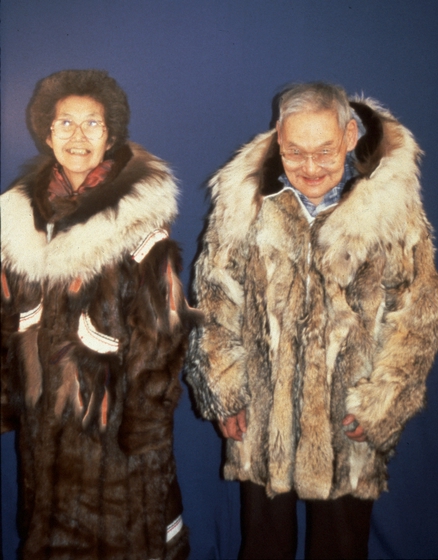 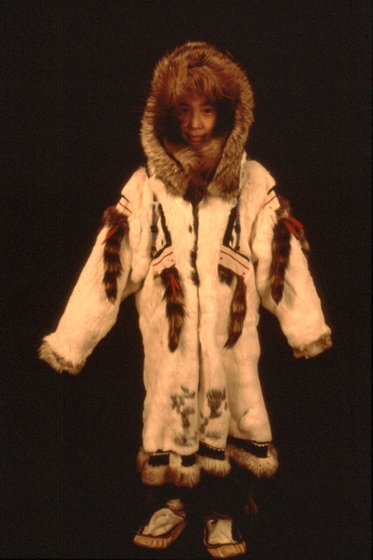 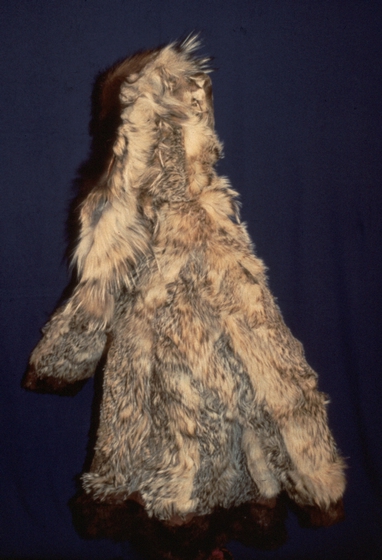 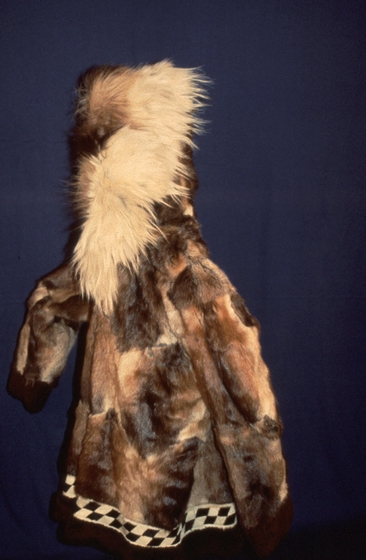 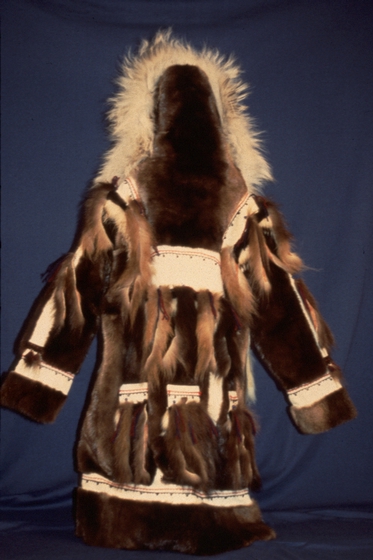 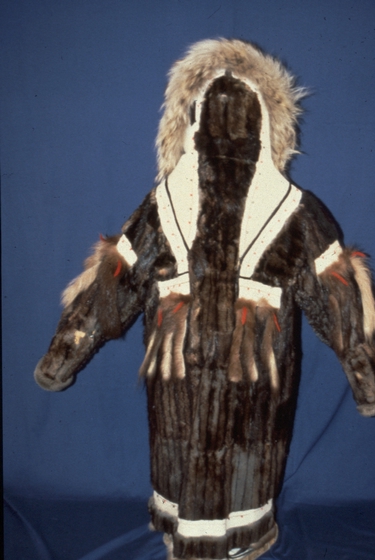 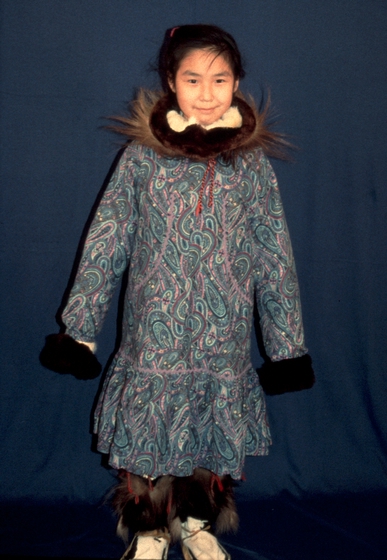 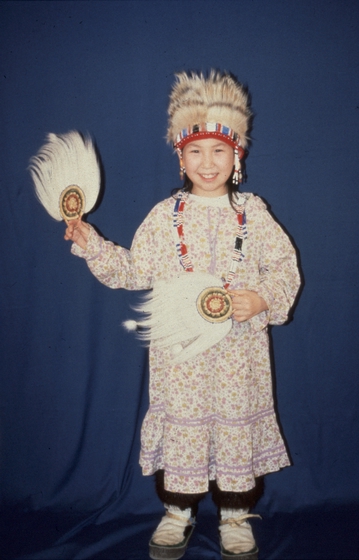 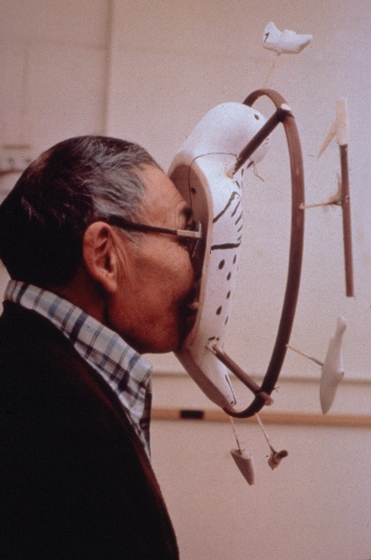 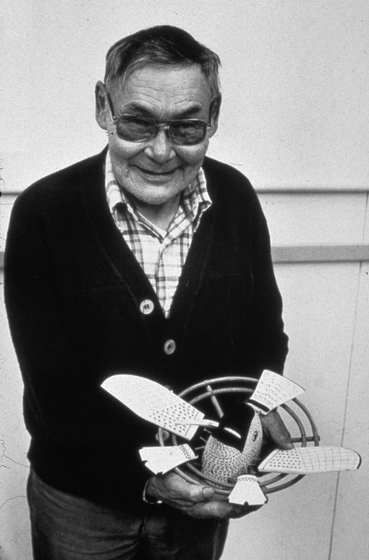 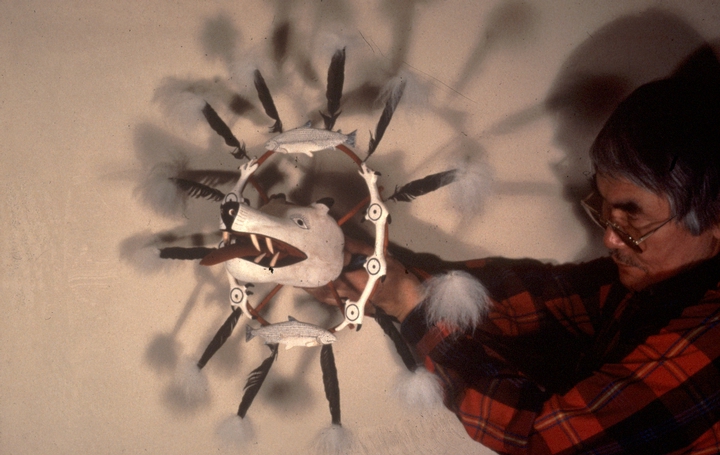 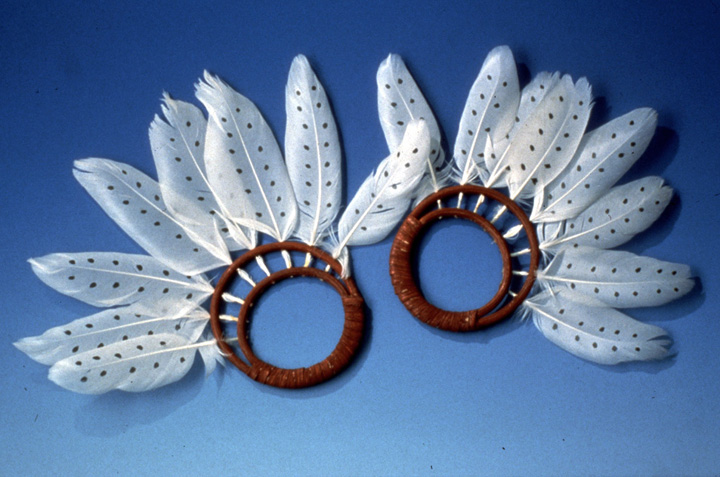 Nicholas Charles was from Nelson Island, just off the Bering Sea coast between the mouths of the Yukon and Kuskokwim rivers in southwestern Alaska. In his youth, Charles traveled with his family over Nelson Island, hunting and fishing during the spring and summer. During the winter months, he lived in the qasgiq, the traditional men's house, where he ate and slept with his father, uncles, brothers and cousins. It was in the qasgiq that Charles learned natural history and traditional Yup'ik ways and absorbed images he would later carve in wood and clay.

He learned to carve wood from his father: Without asking questions, he would watch every step before trying it himself. To be a competent and productive member of the community, each man had to be a competent and productive carver. He recalled, "The only way the men worked was on wood. Making fishtraps, splitting wood, making sleds, making kayaks. Even the houses were wooden. All from driftwood." The rural area where Charles was raised was virtually undisturbed by outside influences until the late 1920s, when a government school was opened and traveling priests made regular visits. Even after this outside contact, life for Charles continued to be dictated by living in seasonal camps and by Yup'ik tradition.

After his grandfather's death in 1928, Charles's father and mother moved the family from Nelson Island, first to Nunacuar and then to Kasigluk (Kassigluq), both tundra villages near Bethel. Charles became interested in the modern conveniences offered in Bethel, the region's commercial hub. He took jobs to supplement the family's income: He worked as a reindeer herder and as a crewman on a river steamer, hauling freight up the Kuskokwim River.

In 1936, Nicholas married an 18-year-old woman named Elena, who was raised and acculturated in the town of Kasigluk by parents who preferred that she seek a modern lifestyle rather than learn traditional skills of skin sewing, basketmaking and dollmaking. Together, Nicholas and Elena had seventeen children, and despite the pressures to assimilate, they persisted in their efforts to preserve the Yup'ik traditions.

In Bethel, Charles applied his woodworking skills to support his growing family. After working at a sawmill, where he took his pay in rough-cut lumber to build his family's house, Charles began working as a carpenter. With two of his brothers, also skilled in carpentry, he kept busy with carpentry and building during the winter, and in the summer he and his family returned to the fish camps to catch enough fish for the coming cold-weather months. In the fall, the family moved to another camp, where Charles trapped muskrat, otter, fox and mink.

In his free time, Charles also earned money selling his wood carvings to Army personnel stationed at the White Alice Early Warning Station in Bethel. While their children were in school, Charles and his wife spent more time in Bethel and less at the seasonal camps. He became involved in the Catholic Church, and in the mid-1970s he was made a deacon.

After their children had left home, Elena pursued her interest in making grass and birch bark baskets. She also sewed skins, knitted and crocheted. Like other Yup'ik women, she had acquired these skills as a young girl by watching elders. When Nicholas retired from carpentry, he was able to devote more time to his native crafts. During the spring he continued building and repairing boats for fishing, as he had always done. He resumed spending the summer at fish camp and the fall hunting moose. But in the winter and early spring, he worked on wood carving. At first, he shaped wood handles for knives, made ipuutet (ladles), uaaruitet (story knives) and kayak paddles painted with traditional family markings. Then he began to make masks.

The community in which Nicholas was raised was among the least affected by the missionary work begun in the early nineteenth century that had led to the abandonment of the Yup'ik ceremonial life, central to which was traditional dancing and mask carving. Yup'ik masks have been called "the eye of the dance," not only because of their usual shape of a central figure circled by a ring and ornamented with smaller items evocative of the mask's spiritual theme, but also because of the metaphoric nature of spiritual "seeing" often associated with shamanic masking.

Nicholas and Elena were at the forefront of revitalizing the maskmaking tradition. During their summer trips, they collected driftwood root washed up onshore. For masks, Nicholas preferred the roots of spruce or cottonwood trees, because the wood in masks needed to be light and soft in order to be easily shaped and worn comfortably.

In shaping the mask, he utilized many of the same carving tools used by his father, including a kepun (metal-edged adze) and a mellgaraq, a small knife with a curved blade, often referred to as a crooked knife. To supplement these, he added a small handsaw, sandpaper, a pocketknife and a metal file to his basic tool kit. He also used some power tools, such as an electric chain saw and electric drill, but the adze and crooked knife remained his principal carving tools.

With this tool kit Charles roughed out a rectangular block of wood, then carved the mask's details using his adze to shape the oval or circular form and to turn a face into the wood. When the initial shaping was completed, he hollowed out the back of the face with his adze, making it light and open enough for a dancer to wear. He finished detailing the mask using a smaller knife, and later smoothed his nearly finished mask with fine or extra-fine-grade sandpaper. The final step for each mask was carving eyes and mouth or beak holes. Many of his masks involved bird images. If the mask was to be worn by a dancer, he also made small post holes in the back of the mask to enable the dancer to grip these posts in his teeth to keep the mask in place while dancing.

Frequently, the masks were painted with four colors derived from materials available in the western Alaska coastal environment. The bottom coat was urasqaq, a flat white derived from white clay. The other naturally derived colors include blue, red and black. Charles liked to surround the faces of his masks with large spruce rings from which small carvings of animal parts (such as bird wings) made from scraps of wood are attached, often dangling from bird feathers. These appendages added detail and motion to the mask.

Unlike many mask traditions in which a limited repertoire of figures or motifs determines the vast majority of masks, Yup'ik maskmaking calls for considerable latitude and personal vision by the maker. The mask is the embodiment of a spiritual vision, expressed through the personal interpretation of the carver. As such, the mask may illustrate animals desired in the hunt, allusions to fanciful elements of a dream, oral history and legends, or other images. The mask is one of the most concentrated, central media of personal and group communication and of passing cultural knowledge from one Yup'ik generation to the next.

Nicholas and Elena Charles answer the question 'What do you make?' Interview by Roger Welsch, recorded live at the 1993 National Heritage Fellowship concert, Washington, D.C., courtesy National Endowment for the Arts